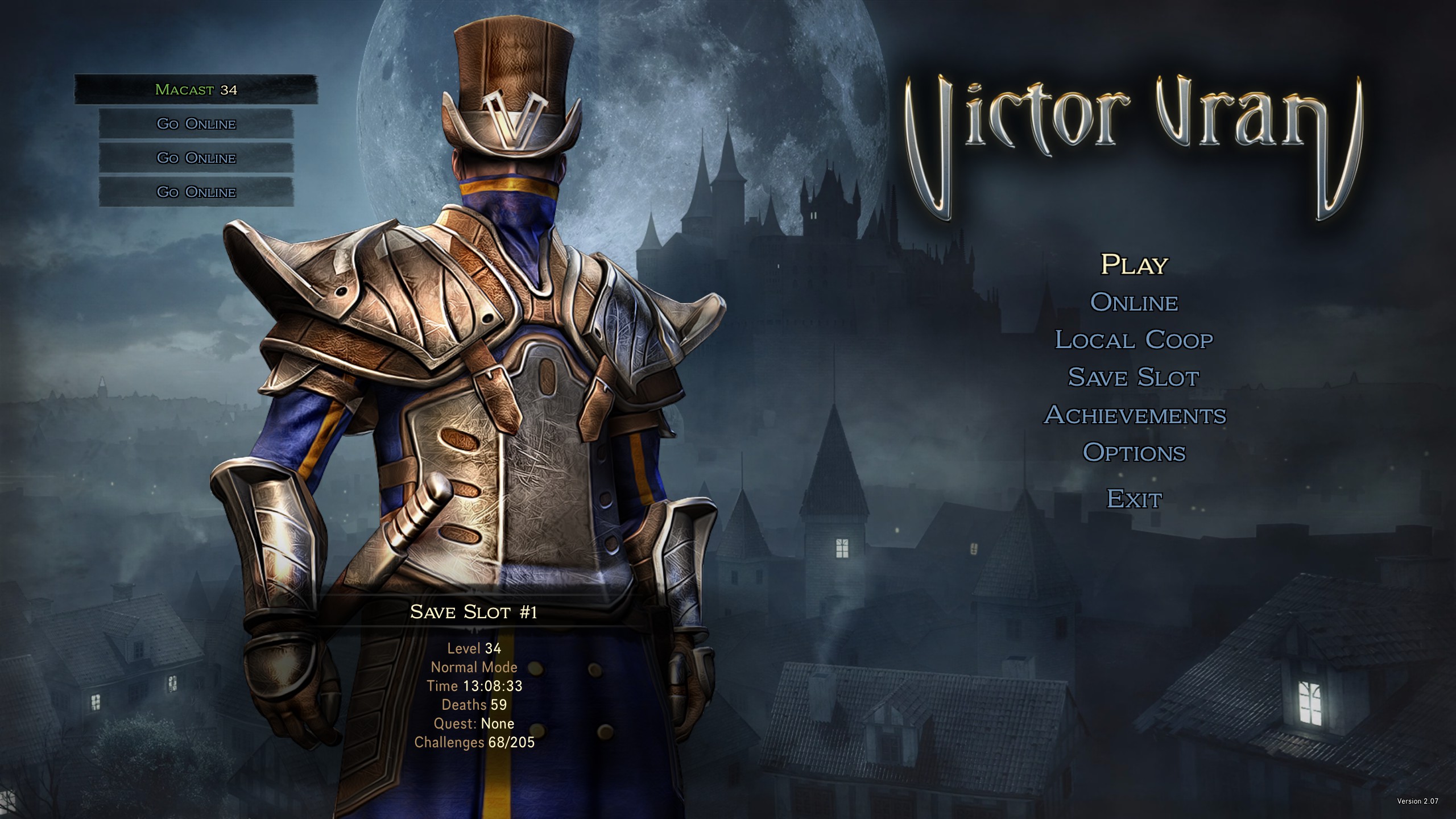 Be the hero while searching for loot in this humorous top down grinding game.

Victor Vran is a grind heavy, kill everything that moves, loot hoarding game akin to Torchlight and Diablo.  It is a fun game that doesn't take itself seriously.  From the narrator to the weapons, this game is serious enough to be make it an enjoyable non-comedy game while adding a splash of comedy and one liners that keep you on your toes.  Having played enough hours of games similar to this it would be easy to throw on a show in the background and turn on auto-pilot in order to kill everything in my path, this game makes having your headphones in (or speakers on) worth it.

The game play is simple.  Learn how to move, how to use your weapon in any direction, how to be mobile to get on top of buildings or jump up ledges, and how to use your items / abilities.  Once those basics are down it's all a matter of what weapons you want to play with, which consumables to use, and which abilities to use to match your play style.  Like the in-your-face tank build?  Excellent, here's a shotgun, scythe, and hammer.  Make sure to prioritize health or life-steal.  Like staying back?  The magic tome and lightning gun are for you.  This game caters to all play styles. 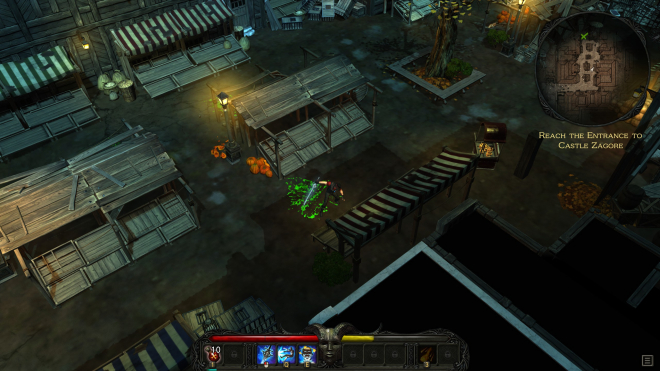 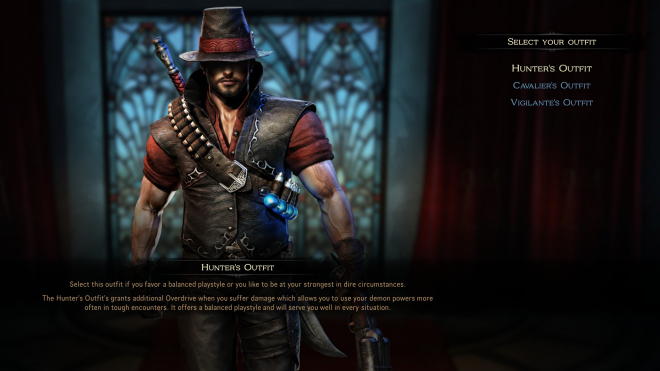 Character creation is easy.  Other games in this genre require armor and weapon management, but not Victor Vran.  The armor is a single unit that gives a certain bonus that will help with a certain play style.  Once you decide which armor to take (and you can earn other armors later) that's it.  No worrying about leg armor, boots, chest-pieces, gloves, and such.  No worrying about armor set bonuses or having to grind for hours upon hours to get a specific piece you're missing, just one and done.  It's probably my favorite armor system I've seen thus far.  From there it's consumables, weapon, and demon powers to choose from, all of which you earn in excess as you kill enemies. 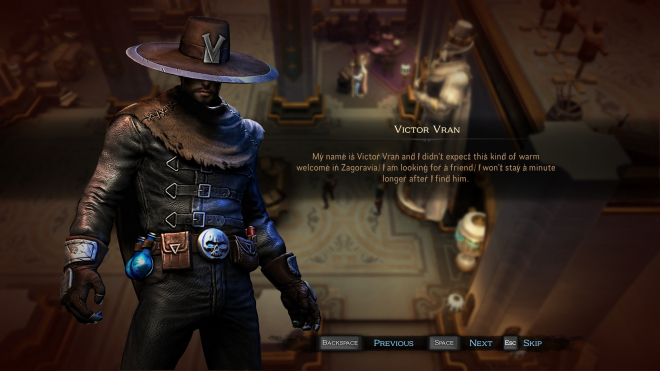 Talking with NPC's is not an extremely required aspect of this game.  Yes, there are certain NPC's that you have to talk to, like the queen, the ghost of the old king, and such, but besides the story dependent NPC's talking to the others is strictly optional.  They do add some depth to the story but there are very few that are dependent to keep the story going.

Each area has its own set of challenges that you can complete in order to get additional bonuses.  Killing 10 enemies with a demon power could earn you additional money.  Killing vampires with swords can earn you additional experience points.  Killing a certain boss within a certain time period will earn you a legendary skill.  Completing the challenges can be easy or extremely difficult, depending on your play style and the individual challenge.  I found that completing the challenges made it easier to play in the long run.  If you don't complete the challenge the first time you play the map you can replay the map as many times as you want in order to complete each challenge.  But beware, as some of the challenges require Hexes, items that make the enemies stronger and faster. 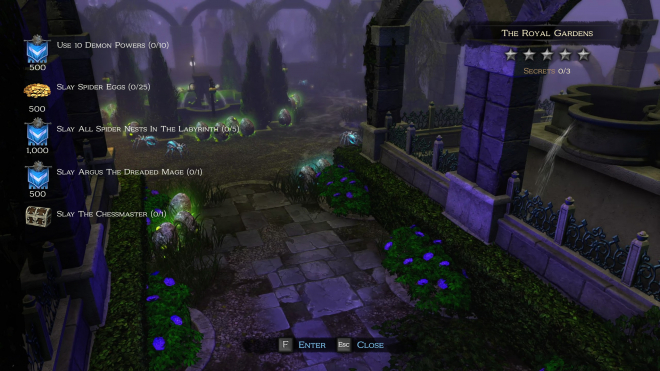 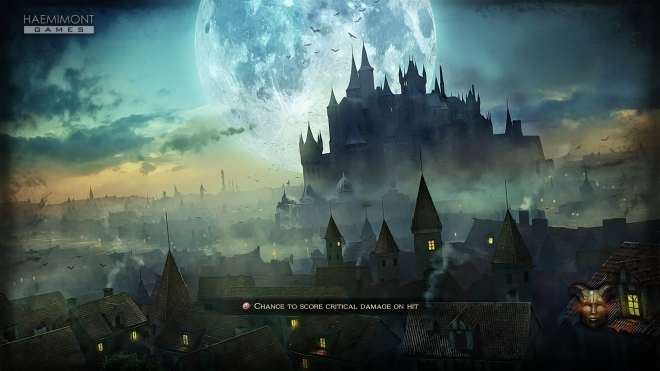 Loading screens can be helpful at times.  As has become standard practice in many games these days you can get hints and tips on how to play the game.  It can tell you hints about the map you're about to go to, how certain game mechanics work, or lore that isn't necessarily helpful but could be interesting.  It can tell you about different characters.  But more often than not it gives useful game mechanic tips that are useful as you play. 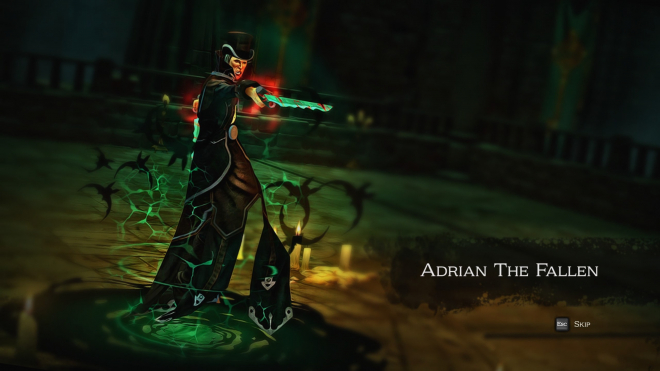 Cutscenes are a nice little addition to the game.  They're not exactly the best cutscenes that I've seen but they're pretty good.  It's an interesting way to progress the story and find out who is who, or why you might care about a specific character or location.  The animation style is pretty interesting with 3 dimensional characters on a flat 2 dimensional background.  Between that and the narration over a flat image the game conveys the story in pretty, almost verging on beautiful, storytelling. 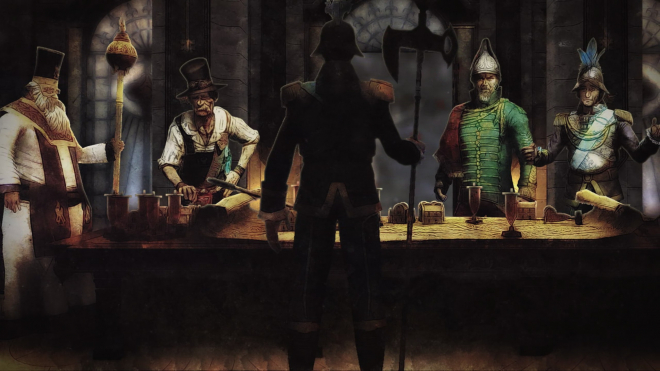 As you continue deeper into the game you will have 2 ways of getting from area to area.  You can start from one side of the map and continue to other areas one at a time.  The other way is if you start from the keep, where you can see a massive map of the entire game, as shown below.  As you progress deeper into the map more spots will open to new areas.  The areas are available as, from the game, you approach and unlock the map.  Many of the maps aren't required by the storyline, so you can visit them only if you want.  They help you to level up to prepare you for certain bosses.  By completing challenges or potentially finding better weapons / loot they can help make the game easier to play.  They can also provide funny situations where the narrator will chide you for doing something or be wildly sarcastic.  They may be extra, but they are worth it. 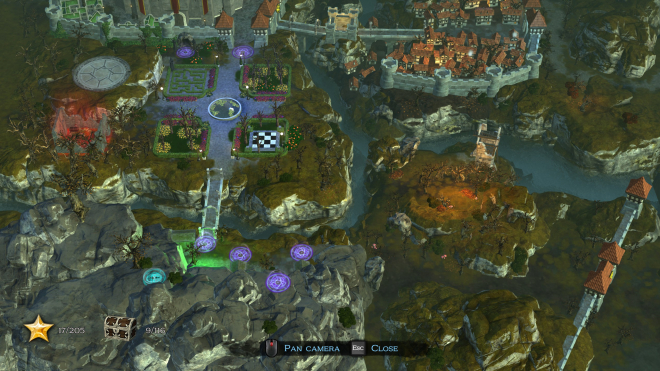 One thing that made this game really enjoyable was the humor.  You have a narrator that talks to you as you progress through the game.  He gives you hints, tells you information about people you just met or are about to meet.  He tells you about areas you are about to visit.  He's like a little snarky tour guide in your head.  There are some maps where he calls you out on mistakes you make, or makes fun of your outfit.  For some reason in the late game he was really mad at Victor's hat.  Later in the game I started to find him annoying, but for most of the game he was enjoyable.

My favorite part of the game was the funny weapons.  I had found 3 weapons that were absolutely ridiculous.  The first weapon I found was the Nekonomicon.  It's the neon cat version of the necronomicon.  With the magic tomes you can earn magic orbs that power up your abilities and allow you to use them without waiting for the cool-down timer.  With that specific weapon when you gathered 10 orbs you would call down a rain of explosive rainbow cartoon cat heads to fall on your enemies.  It was a great way to clear areas of powerful areas, especially as the exploding heads didn't cause the player any damage.  Other weapons that I found were an pumpkin hammer that would leave an explosive pumpkin on the ground on a critical hit.  The last weapon I found was a rainbow lightning gun that shot a long range rainbow colored laser.  The comical weapons were powerful and fun, making it less grind-y while progressing through the game. 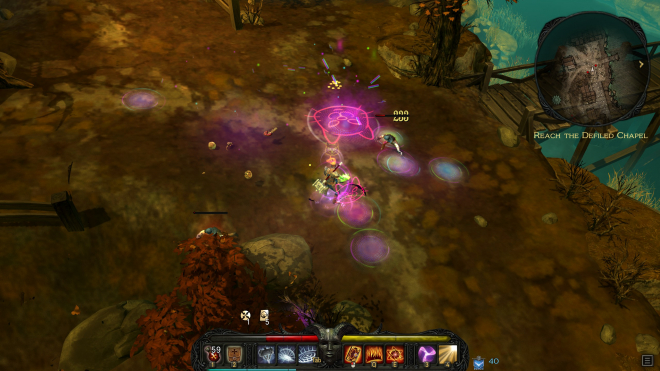 In the end this was quite an enjoyable game to play.  It's a game that can be as difficult or as casual of a game as you want it to be.  The more difficult of a game you make it, the more the game rewards you with better loot.  It's not an overly difficult game unless you want it that way.  I played it on a relatively normal difficulty and found that, for the most part, it wasn't super difficult to get past any challenge.  If you don't win the first time, you can try again as many times as you like.  Unless you made a hardcore / perma-death character, but if you did that then you probably know what's coming.

This game was a good game overall.  I would say that, for it's price, it may not be worth paying the full cost.  I found that once I had beat the game I had little to no desire to play it through again.  If you're looking for a game where you hoard the best loot and then go looking for more, this game is right up your alley.  But if not, then it may be a game to pick up to play with friends or to play casually.  If it's on a sale or in a bundle give it a try, if at least for the laughs.  This may be a fun game to play once in a while but it probably won't be an all time favorite.

TL/DR: Victor Vran is a decent game that offers entertaining gameplay, a good number of laughs, and a mostly-compelling storyline.  It's worth getting if on sale and at least giving a try.  You won't be disappointed.

The gameplay is simple and fun, if a little repetitive. You pretty much do one thing: kill.

The story is pretty good. The game presents a real reason to drive the character to do what he's doing, but it's pretty easy to ignore to just play around and do what you want.

The controls are simple enough to learn and master. There is little variation that you can add, so by late game it's pretty easy to do what you want without mis-clicking.

The music is really good for this genre. It's immersive enough to add to the story without becoming distracting.