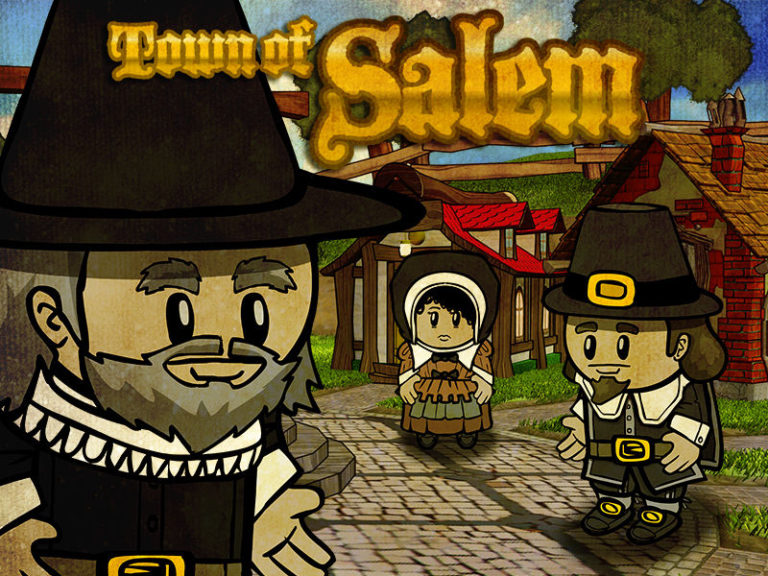 Town of Salem makes me think of an old game I played from middle school onward.  This is a game of deceit, lying, and manipulation, as well as truth finding and trust.  As this game is all text based, it's easy to lie to the other players, but difficult to get them to trust or believe you.

Looking back to middle school and high school, I remember parties and game nights.  One of our favorite games was Mafia, a game of deceit and manipulation.  Depending on how many people were playing there were there were different roles, but the most standard roles were those of mafia members, a doctor, and an investigator.  The mafia members would decide who to 'kill' during the night, the doctor could 'save' someone, and the investigator could see if someone was mafia.  During the day everyone would decide who wasn't trustworthy, and 'execute' them.  It was a fun game to see how good of liars you or your friends could be.  Town of Salem brings the game to life in an interesting way. 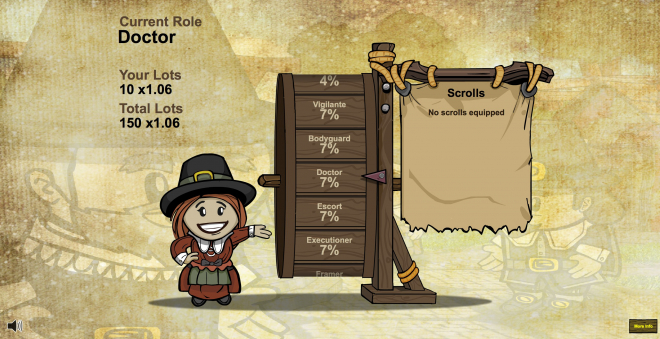 When the match starts the player is given a random role.  The role does decide how to play the game.  If you're a townie, the mayor, or one of the 'good' characters you need the townies to survive.  If you're the mafia or one of the 'bad' roles you need to kill all the 'good' players.  Each role has it's abilities, which makes the game interesting.  One difficult thing is that at first there is no explanation of the powers each role has.  If you're playing your first few games by yourself, it can be difficult to find out exactly how the game is played and what to do.

For the base game there is a good variety of roles you can play as.  It is fun to see how the game plays out, as being to aggressive with one role can paint a target on your back, while other roles are strictly based on subterfuge.  The town mayor can reveal himself as the mayor, having his votes (to convict someone as a killer) count for more than the regular townie.  The down-side of this is that it makes it really easy to kill him afterwards.  The medium, someone who can talk to the dead players at night, can help to figure out what information the dead want to pass on.  The trick of the medium is to be wise with the information given, as it may be false information used to help one side or the other win the round.  Each role has it's intricacies which can take time to develop. 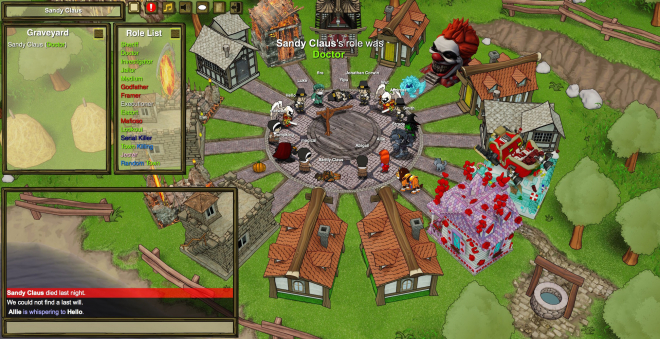 One aspect of the game that adds to the fun is the cosmetic options that are available to purchase, whether with in-game currency or with real-life currency.  The only thing that the cosmetics affect is the death animation.  There is also an option to purchase other death animations.  They can vary from a hanging, blasting off (going super saiyan like Dragon Ball Z), pixelating, exploding, getting shocked by lightning, and so on.  You can also purchase more maps, pets, character skins, houses, taunts, and a variety of other items.  These have no effect on gameplay, but can make the game more fun for those playing.  I have seen many players have pets, fun houses, and different skins.  It can add a reason to stick around after being offed by either the town or the mafia.

One of the negative points to this game is the variety of the players you have to play with.  The first few rounds I played the other players were very into playing, were chatty, and made it a fun experience.  For a few rounds after that the other players were very quiet and made the game boring.  I have watched youtube while waiting for the game to end, not caring to participate with the bad or quiet groups.  I've seen others play the game, where having friends in the same game can make it a lot more fun.  I'm sure that playing with others would make the game a better experience.

Overall I would say that this game is fun.  I would suggest playing the free game for a few rounds to get a feel for the game.  If you have friends or others that play, this game would be a fun group game.  If you have this game and play it, the Coven expansion may be worth the cost.  This is definitely a game I will play from time to time.  If you're looking for a good group game, this is a good game to get.

The gameplay is difficult to understand at first, but is easy to use after the first few games.

For a Free-To-Play game the graphics are pretty good. There aren't much requirements as far as character movements, but what there is was made pretty well.

Confusing for the first few games, the controls are pretty easy after some experience.

Decent sound for an online, free to play game. The sound and music doesn't add or detract much from the game, it's mostly just there.

This game has a decent replay value, as the roles swap each round, with each role having different abilities and play-styles.