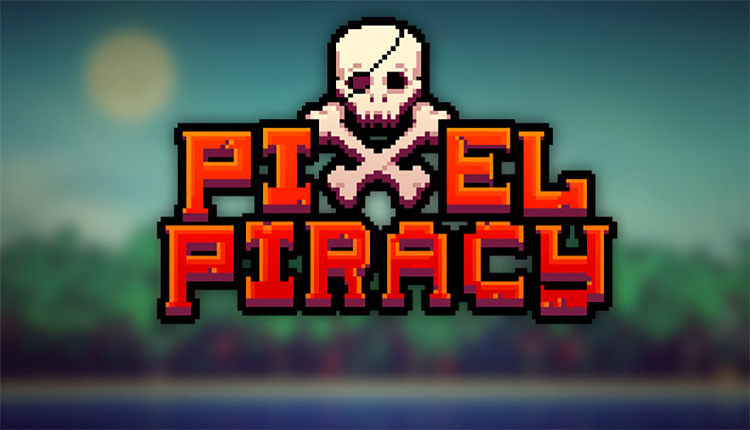 A disappointment of a game that had so much potential...

Pixel Piracy is a game about sailing the seas, raiding islands and cities, and battling other pirates for dominance.  It has a great concept and showed so much promise to be an amazing pixel game.  I love and have played other pixel games, such as Terraria, Starbound, and Stardew Valley.  Pixel games have come to be my favorite, having spent hundreds of hours into one or two games with this same general feel.  This could have been counted among one of my favorites, had it been polished and had the bugs fixed.

When I first considered playing this game I looked at all the reviews.  Everyone said to avoid this game, that it was glitchy, broken, abandoned.  I wish that I had heeded that advice.  This game had so much promise.  It has an interesting base gameplay, great ideas, and interesting character options.  Had the game actually done what it was supposed to do, if the controls actually worked, and if the bugs had been ironed out it would be playable. 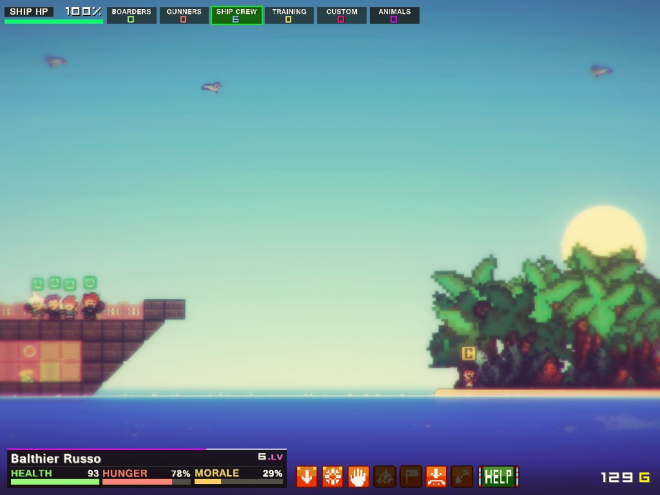 The main premise of the game is that you start out as a lowly pirate, little more than a simple sailor.  The ship you use is barely bigger than a rowboat  As you progress through the game you will earn or steal money to hire other sailors, buy weapon upgrades, food, ship upgrades, and more.  You start out in the lowest level area, as is expected.  The map has a square layout, with each square having a different difficulty level.  You can land on islands, as shown above and below, or you can battle other ships on the open seas.

As you sail from area to area you get a sort of loading screen that shows your sailors as they go about their jobs on the ship.  You have to manage their hunger, health, and morale.  If morale levels drop too low your sailors will leave your crew.  Had this, like basically the rest of the game, been fully fleshed out it would have been an interesting mechanic instead of the confusing slog I found it to be.

Once you stop in a block you can have your sailors disembark to do your bidding.  They will toss ropes across the gap from the ship to the island or anther ship.  This part is (should be) automatic.  I found that in a few sessions when I was playing my sailors or the captain wouldn't toss the rope to or from the ship.  If your entire crew isn't ready I couldn't leave the area.  I found that with one session all my sailors decided to throw themselves into the ocean instead of get back on the ship.  My entire crew drowned, I lost the progress I had made that session and had to load from a previous save. 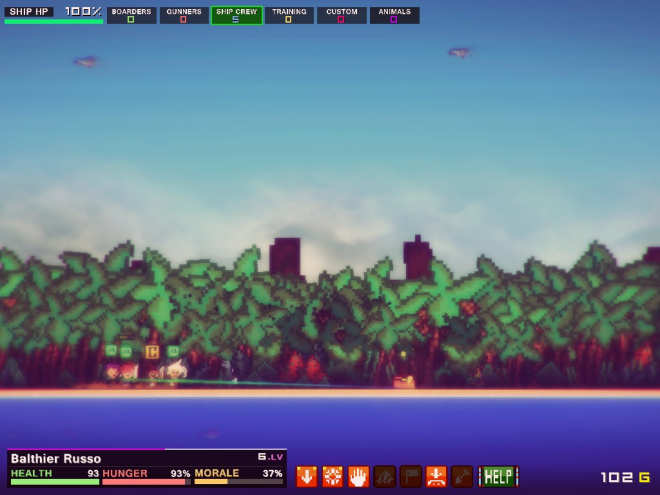 There are different aspects to each square you land on.  Many islands of them will have hostile people that your crew will need to kill.  Some will have loot, others will not.  There are also islands, like one of the starter islands, that will have shops and a bar, a place to hire new sailors.  Each of the sailors will have a different background and set of skills.  Depending on how you want to play the game or what roles you need filled, be sure to check the bar to see who is available.

Other blocks will have open ocean, with or without hostile ships.  If you choose to fight an enemy ship you will have to board the ship and kill all the enemy sailors.  Once you have killed all the enemy sailors you will have to dismantle / destroy the ship or you can keep it instead of the one you originally came in on.  I found myself trading ships almost every encounter, as each subsequent ship was better than the one I brought to the fight.  You can also change how your ship looks at the town if you don't want to destroy your current or favorite ship.

I was never able to fully figure out the controls to get everything to work properly the first time I used them.  Sometimes I would have to use the same control multiple times before anything happened.  Most of the time I spent my time clicking buttons and hoping that something would happen.  The controls are not very easy to understand and take a lot of time to figure out what's going on.  Figuring out how to equip items to your sailors or how to feed them or how to improve morale was all about clicking and saying to myself "huh, that's where that is" or "That's what that does!".  I felt like the game needed more of a tutorial or guide as to what it took to even play the game without having to waste time clicking through menus.

I recently tried to get back into the game to get more screenshots for this review but the game won't load anymore.  I am legitimately not able to even load this game at this point.  Even if I wanted to give this rage inducing, glitchy, broken piece-of-junk game another try I can't.  That's the quality of game this is.  The company that made this game went out of business so there's nobody to update or fix it.  It feels like the pre-alpha release of a really awesome game where the development team knows that it's broken, but working on it.  But without the development team fixing anything.  Or the game being awesome.

In the end I can honestly say that this game was entirely a waste of my time.  There are so few redeeming factors in this game that would make me even look at it again that I struggle to think of any.  The controls are non-responsive most of the time.  The gameplay is broken.  There are glitches everywhere.  The graphics are choppy and unpolished.  The first few times I played it I ended up rage-quitting because the game glitched and I didn't want to punch my computer.  Please save yourself the time, money, and energy and avoid this game at all costs.  It's not worth getting even when it's on sale.  It's not worth playing if you get it for free.  Go watch paint dry or grass grow.  Go play with bugs or your pets or go for a walk.  Do anything but play this game.  Don't make the mistake I did.  You'll thank me later. 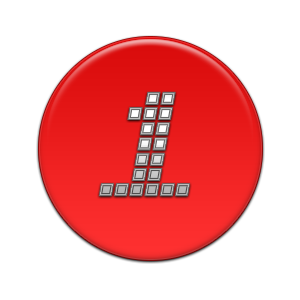 The music was repetitive. It was bland. It was forgettable. It left much to be desired.

The controls work less than half the time and are difficult to use.

I wasn't able to discern any story other than build a bigger ship and get a bigger crew.

The gameplay is difficult to learn and use. There is little explanation as to how to do anything. Learning anything is pure trial and error.

This game is almost unplayable. You need to restart games if major glitches happen. Not worth getting or playing, even if super cheap or free.