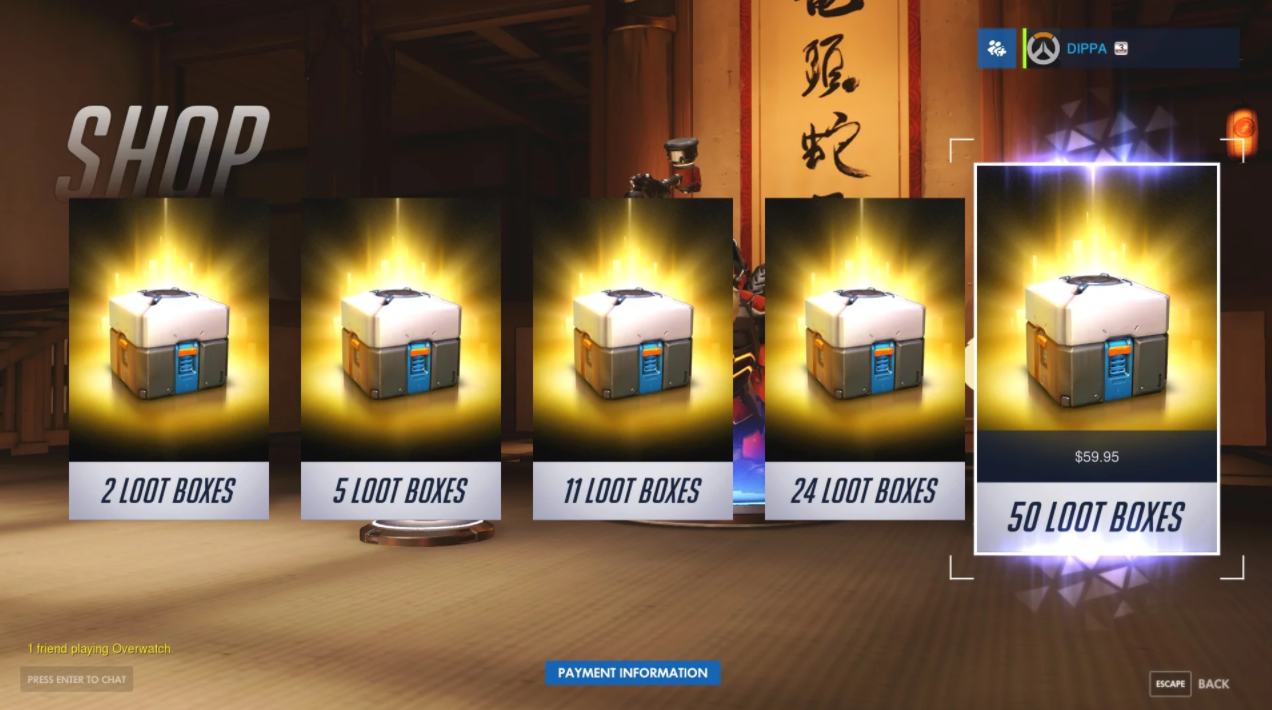 The microtransactions are hitting the fan

It's hard to overstate just how bad they screwed up with Battlefront 2.

Not that this hasn't been a long time coming of course. Even though Valve technically started all this with Team Fortress 2, at least that game was Free-to-Play. No, the real instigator is UbiSoft, with their insistence in sticking microtransactions into Assassin's Creed Unity.

That was 3 years ago, and even then, at least you kind of knew what you were getting when you spent money. No longer, as 2017 is the year of the Loot Box.

And why not? With one click from the main menu, you can drop $60 on 50 loot boxes which will take you all of 10 minutes to open, so you can get a few new rare skins or a voice-over. That's the price of a new damn game. I mean Overwatch is a great game and all, but the pressure to show off how cool you are with all these cosmetic items is thick as thieves. Like, literal thieving we're talking about here.

It's all coming to a head now though. People are pissed, and EA is (rightfully) taking the brunt of it with Battlefront 2. Even Disney had to step in on this one, which doesn't look good for the worst-rated company on Earth. EA may be huge, but they ain't Disney.

To further complicate EA's sudden challenge, they've frantically been "reimagining" their stances on other recently released games, from Need For Speed to the new FIFA. Basically it's Defcon 5 for ye olde Electronic Arts, and players have chosen to hit them where it hurts, in the quarterly earnings.

In response, other developers have stepped forward and announced their dedication towards "greed-free" gaming, and in some cases even revoking systems they had in place. This is a good step in my opinion, as we needed to draw a line in the sand for these large publishers. As it was, most of the news we had received lately was around companies like Take-Two explicitly stating that the ONLY games they would publish were ones that had microtransaction loops.

Some entities might be taking the hammer-drop a little too far, like Belgium deciding that loot boxes are gambling and looking now to ban them altogether, but this is the natural course for the contentious times that we are in. While I hate to think of all the Belgians that will lose the chance to play some otherwise great games, I say this discussion was sorely needed.

The conversation is loud and clear now though. The players have spoken.