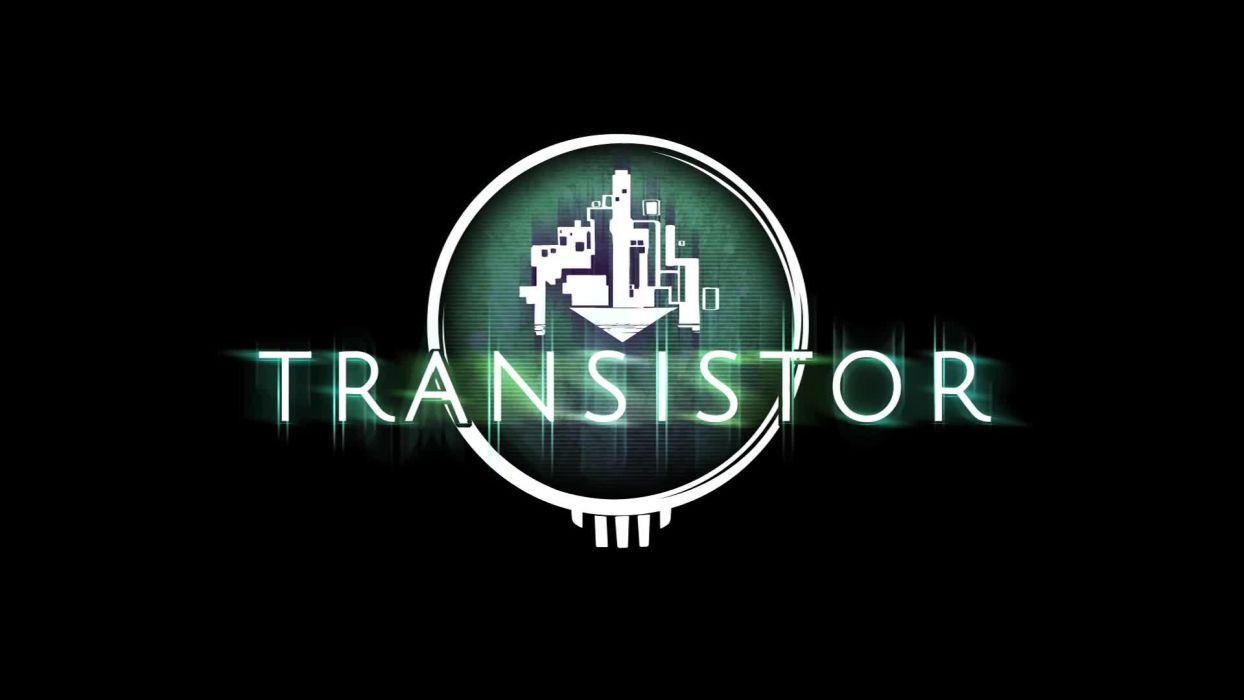 A worthy followup to a maiden voyage

When Supergiant Games released their flagship game Bastion in 2011, it redefined how I felt about games as both art and entertainment. There aren't many games that do this for me, and it's not to say I only ever play games for their artistic value alone, but Bastion definitely nicked a special notch in my curiosity belt that has remained to this day. Transistor is a worthy successor to that game, and while it captures many of Bastion's more charming selling points, it also plays maybe a little too close to the vest to feel revolutionary.

What Transistor does crib from Bastion, it does well. The disembodied narrator, the colorful art style, the cutscenes, all reminiscent of the best part of The Kid's journey. It even uses the same voice actor for the narrator, and the story beats play out in roughly the same cadence. These are all good things, and seek to remind the player of the pedigree they are expecting. 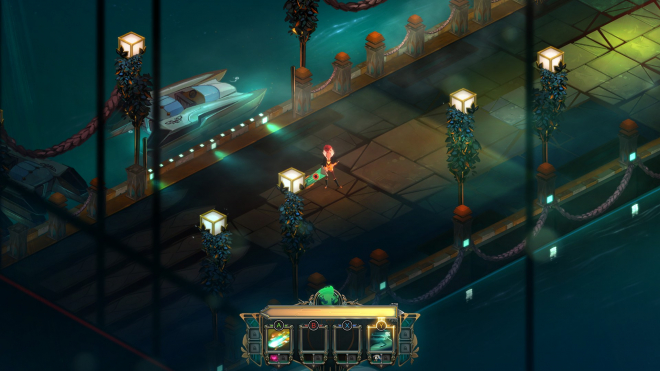 Transistor also utilizes a similar rpg-lite upgrade system, comparable to Bastion but it innovates in important ways. You'll still run into your standard slotted "new move" pickups throughout the game, but Transistor changes this up by allowing you to use them either as your primary techniques or as attributes to the techniques you have at the fore. This unique take results in a fascinatingly expansive-yet-limiting skill tree system that encourages experimentation with your loadout. Liberal checkpoints are found throughout levels to give you a chance to swap these in and out before or after battles. 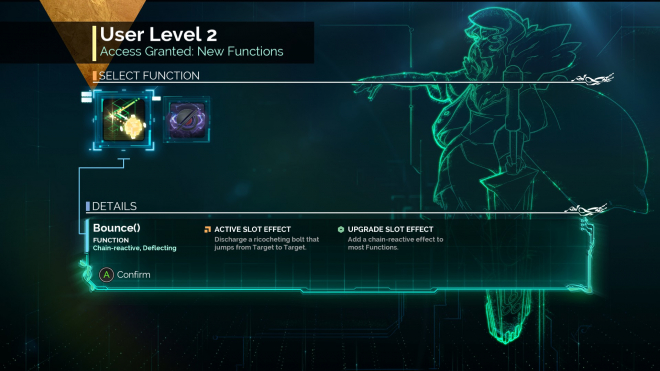 Speaking of battles, this is where Transistor truly deviates from Bastion. For starters, you only ever use the titular Transistor to fight. This weapon is a giant, unwieldy sword that contains the soul of your bodyguard/love interest after he protected you from an attack and was slain by the sword. It's a neat plot device that doubles as a way to give voice to the narrator. As Red, the protagonist, you have lost your voice, which is tragic since you were a popular singer in this Cyberpunk world you inhabit. So the Transistor conveniently acts as your guide during your playthrough.

Anyway, back to the combat. Unlike Bastion, you'll be doing as little real-time fighting as you possibly can. Instead, you'll be using something more akin to Fallout's V.A.T.S. system to stop time and plan your moves. There's a meter for action points tied to your movement and each technique you fire off. Once finished, you release the time-stoppage and your moves play out in succession. There's a cooldown between usages of this meter so make sure you put yourself somewhere safe at the end of each "round" of use. 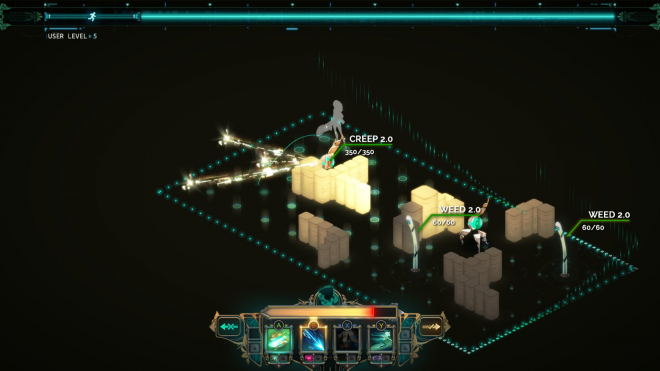 It's a little janky at first but you get used to it.

The combat ends up feeling like successive rounds of a puzzle, but rarely did I feel like I wasn't somehow cheesing the game. There are combinations of techniques that become synonymous with almost every battle, and after a while you may find yourself less and less likely to even stop at the skill swap checkpoints. The whole thing seems a bit clunky at first and I got used to it over time, but once I did I couldn't help but notice how often it was a simplistic cat and mouse cycle. There are a few encounters that tested my mettle, but it was forgiving most of the time.

Transistor is a predominantly linear game, though it is occasionally broken up by the appearance of a shiny digital back door, which leads to a challenge hub of sorts, a respite for Red and her chatty, oversized cutlass. Over subsequent visits, you gain little knick-knacks to interact with, and the doors lead to various arenas where you can take on test challenges for new music and experience. It's a nice little aside from the main game, you can earn some achievements in there, but I was never compelled to take on more than 1 or 2 of each challenge. 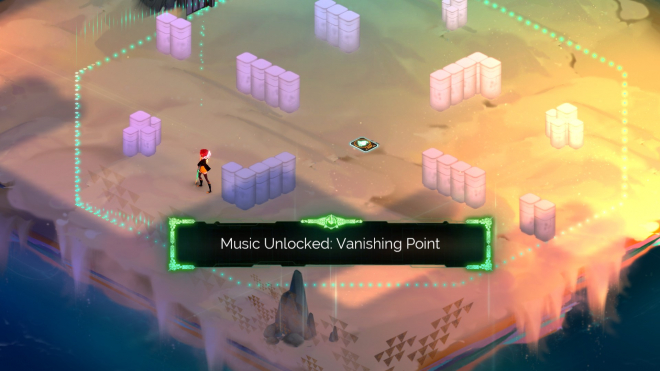 Test your wits and skill with speed and planning challenges.

Overall, I had a good time with Transistor. It was a tall order to live up to its predecessor, and admittedly it doesn't hit all the right notes for me, but it's classic Supergiant nonetheless, and that's good enough.

Stylish and sharp, Supergiant has done a good job here of differentiating itself from Bastion, but it doesn't capture quite the same seamless immersion.

Vintage Supergiant narration with an excellent soundtrack. The game sounds were passable, if a little repetitive.

The linearity of the game takes a little away from it and the combat, while innovative, is a little too much stop and go for my taste.

I could never really figure out everything that was going on but it was intriguing regardless. The narration really helps drive the story beats.