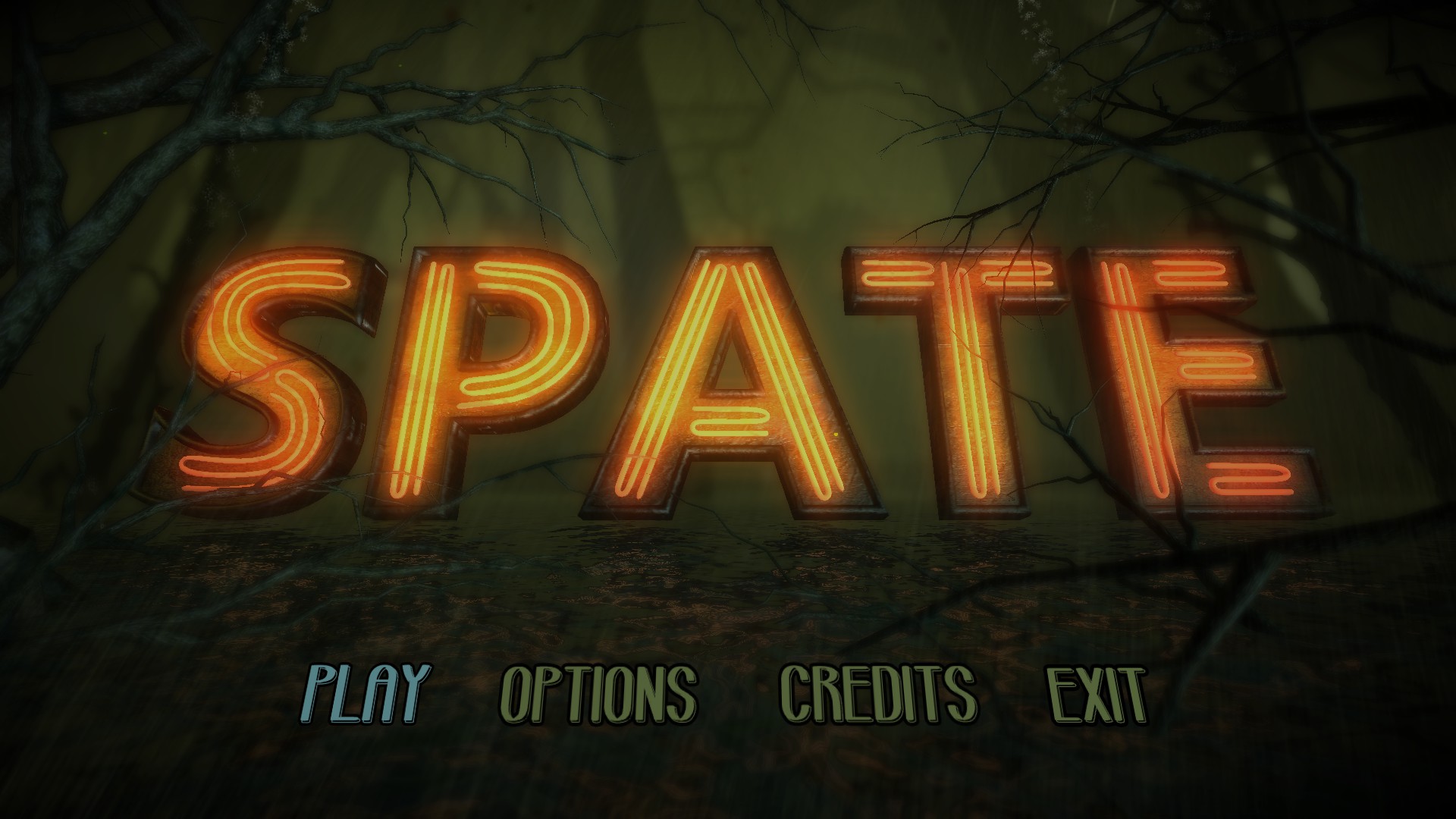 There is something about Spate that clearly offends people. Some people anyway. With a Mixed rating currently on Steam and no way to purchase it, it's easy to infer that there's a story here somewhere, some itch left unfulfilled on the customer service side of things. It's an interesting and appropriate aside to the game underneath the drama.

I tended to side with the folks who enjoyed Spate, if for maybe no other reason than it's more "my type of game". Cinematic platformers are a favorite niche of mine, and the Eldritch backdrop is always welcome on my screen. So perhaps I'm a little biased in rating this game as well as I did, but there it is. 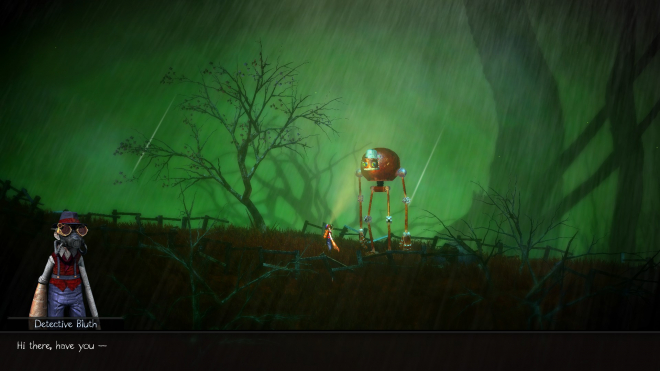 Conversations with this robot are a regular occurrence in Spate

Many people compared this game to Limbo, and while I believe that's a fair enough comparison, it's only fair for some of its traits. Yes they are both dreary, puzzle-laden sidescrollers, but the difference in the aesthetics alone is warrant enough for a fresh take on the concept. Negative reviewers often criticized Spate for having a narrative at all, citing that its nonsensical plot detracted from the gameplay. Granted it's not Shakespeare but I felt it was well-voiced and entertaining if nothing else, and a nice break from puzzles and jumping.

There are things about Spate, I will admit, I give the critics some due where it counts. The main conceit does feel a little repetitive, and there is the occasional long stretch of no dialogue at all that seems weirdly out of place, that's how pronounced it is.

But for every gameplay-focused misstep or boring cannon puzzle, where Spate does deliver is with its environments. The game is definitely more interesting when it is flexing its stable of visual madness, with the platforming acting as more of a device to transition between set pieces. As a cinematic platformer Spate delivers with raw sense of scale on its perspective shifts, and this reinforces the "level as art gallery" feel that is portrayed. 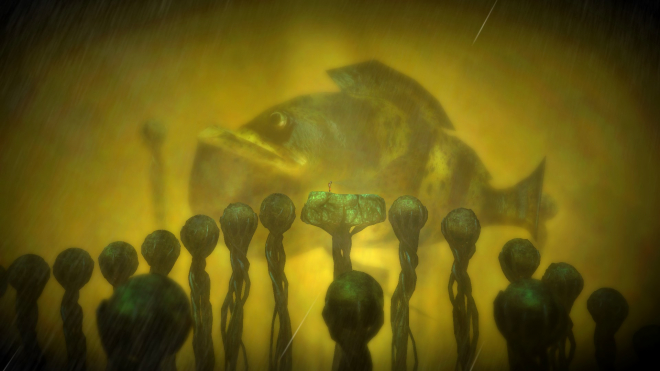 You can see me as a tiny speck there on the middle platform...

A staple downside to your average cinematic platformer is inevitably that you are sacrificing tight controls for a greater sense of realism, and Spate suffers there as much as any of them do. A double jump is justified by way of a "single boost" jetpack, and this mitigates long jumps as much as could be expected, but there are a few spots in the game where precision becomes a bit more demanding, and Spate just doesn't have the chops for it.

Our protagonist/antihero, the unfortunate Detective Bluth, isn't a terribly likable fellow, though I did find myself chuckling at his observations more than once, due to the excellent voice acting. Despite the whole pseduo-hip Hellboy Steampunk Sherlock Holmes thing he's got going on, you never do get much out of the character to enjoy. Granted I think this is on purpose, Spate isn't exactly a happy tale, which is obvious from the get-go. 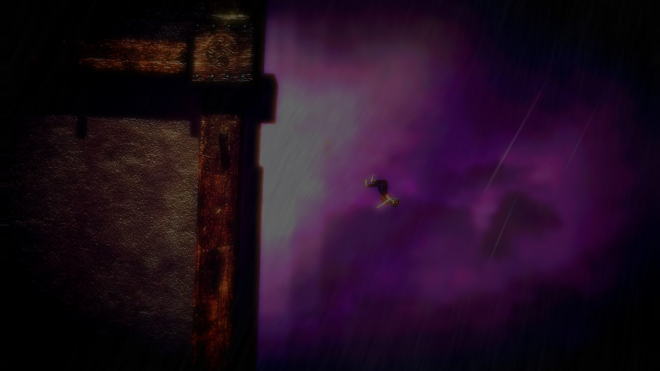 Spate is a relatively short game, you can beat it in a few hours, there's rarely anything in the game that is so stubborn that you couldn't beat it in a sitting if you wanted to. There is the occasional annoyance with checkpoints being inconsistent, and you will more than likely take some issues wit the ending, but to be frank I don't think a satisfying ending was ever in the cards for this game. It may sound like cliche to rattle off the whole "it's not the destination but the journey" line but in this case, it's true.

Breathtakingly eerie levels more than make up for the repetitive use of gameplay conceits.

Some of the dialogue is voiced, but a lot of it is not. The music is appropriate but not a huge enhancement.

Good for a cinematic platformer, however that isn't a terribly high bar to pass.

I like the story a lot, and the parts that are voiced are done well, I just wish there was more voice acting.

Once you're done, the only thing you may want to try again on is playing the whole thing with Bluth on Absinthe