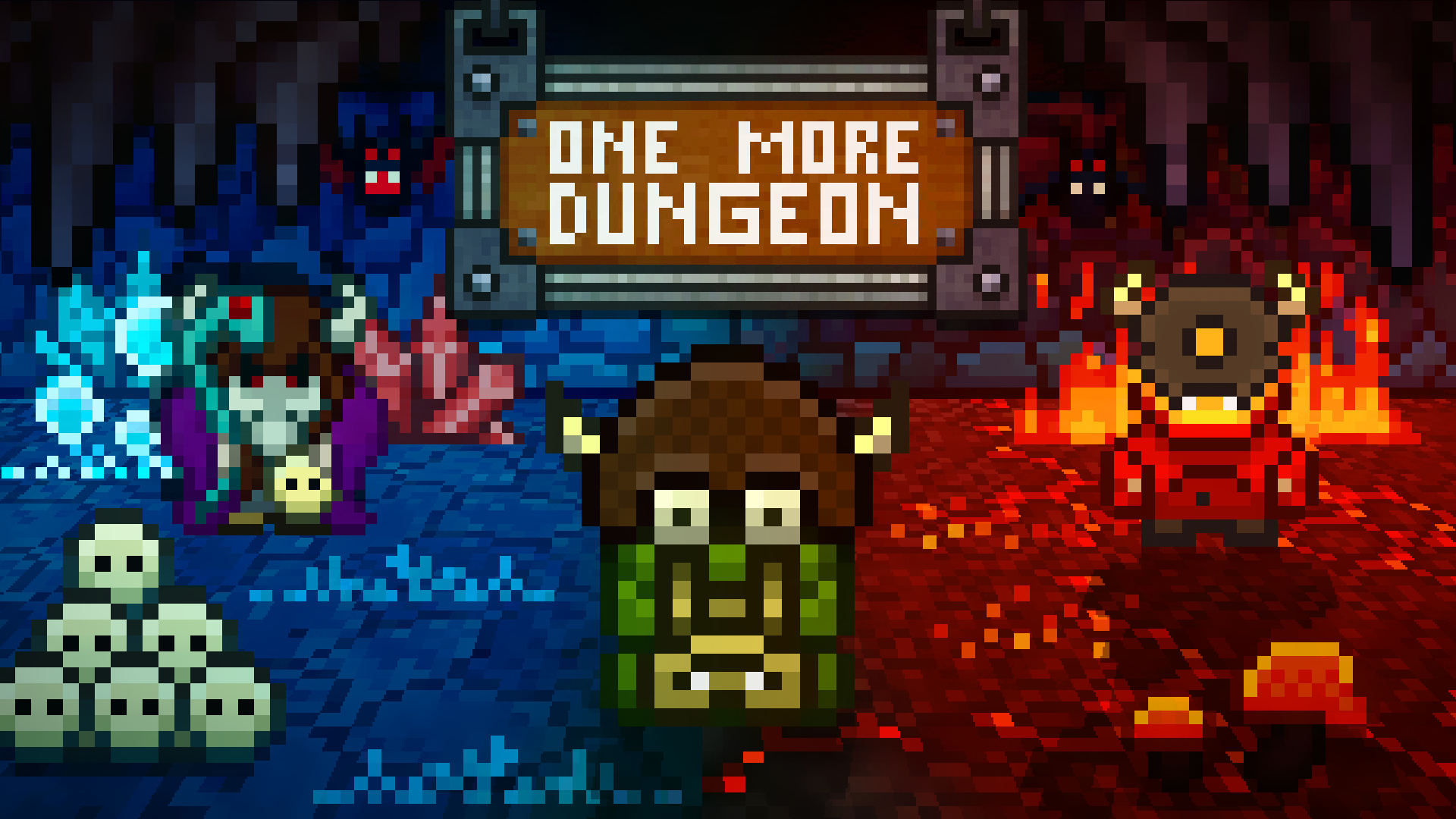 I have a problem. I can't tell if I like this game or not.

That's generally not a good sign for a game being reviewed, but at the same time, it does mean I don't hate it. One More Dungeon occupies that fine line between games that truly evoke a sense of nostalgia, and a casual overuse of "retro" graphics. It can be hard to tell.

The game certainly would have garnered more credit 25 years ago, back in the era it truly belongs to, but even then it would not have been able to escape its flaws. For all the attention paid to some of its upsides like a robust weapon and item system, it is held back by a slew of other missteps. 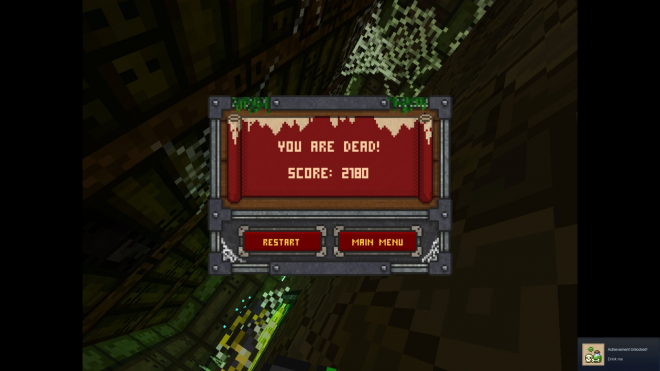 For starters, you will see the above screen quite a lot, because this game is a rogue-lite. In some scenarios, designing your game to be this way can have its merits, but it mostly falls on its own sword in this case. The randomly generated levels are a boredom-buster, but this is only because the sense of boredom is multiplied by the several playthroughs caused by your permadeath. While you can save your game and come back to it later, if you die, it's back to the start for you, no exceptions.

Again, this would be manageable if the game were more interesting, but the developers made too many decisions that impede the enjoyability of having to wade through multiple restarts. One example is the level progression. The game consists of 8 levels, but the first two levels have the same environment, which is mostly a series of rooms with green walls, peppered with the occasional landmark that may or may not be interactive, and a handful of enemy and boss types that are perfectly fine I guess but nonetheless still not terribly interesting. 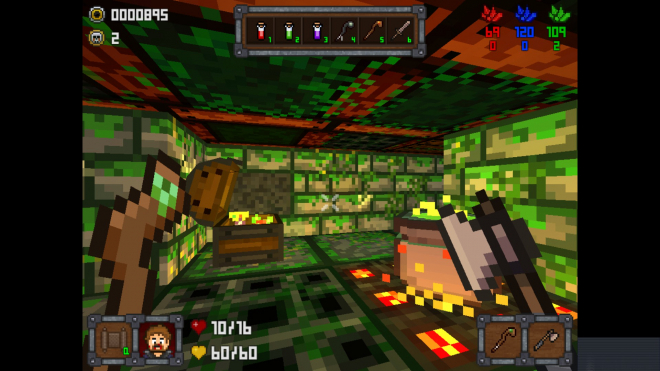 This sense of sameness is only worsened by the next two levels. These levels, while having different textures from the first two levels, are also very, very green. So it appears that each level "type" consists of 2 levels with the same textures, and the first two level types have very similar, very green textures, although the enemy types are rotated out, which is really one of the the only saving graces here.

I will give credit where credit is due for the portal rooms, which are a nice diversion from running around the mostly boring environments in the first 4 levels. These mini "challenge" rooms offer up a random artifact as a prize for getting through them. This is a nice touch that doesn't last nearly long enough. 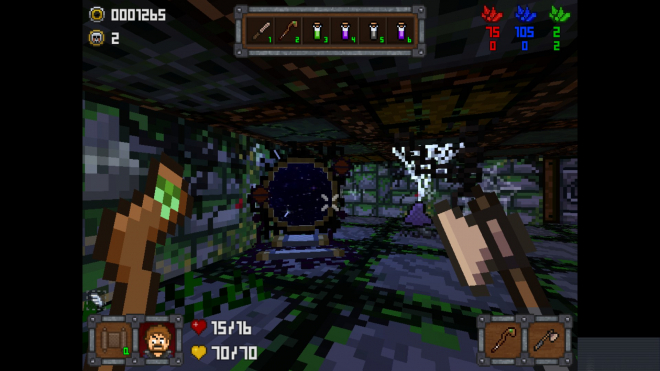 The burning question is whether I would give this game a higher score if I had made it to level 5 or even attempted to finish it. From what I understand, after the fourth level it becomes an ice environment, and then the last two levels are fire environments, but the sad part is that after playing this for 4 hours, I couldn't really care about that. All I could think was that there were better games in this genre regarding almost every aspect of what this game was going for.

Rose-tinted glasses can only do so much for a game that has flaws around every unremarkable corner. No amount of random generation can help that. One More Dungeon may be a passable game for the real rogue-lite enthusiast, but that's the only demographic I can see that might have any fun with this.

Colorful, sure, but still somehow boring

While the various landmarks offer a brief respite from the boring wall textures, they are rarely interactive, and can cause serious confusion with their hitboxes

Passable, even pleasant in some cases, but certainly not the saving grace of anything

You will have to replay it a lot, because it's a permadeath roguelite. That's not necessarily a good thing.