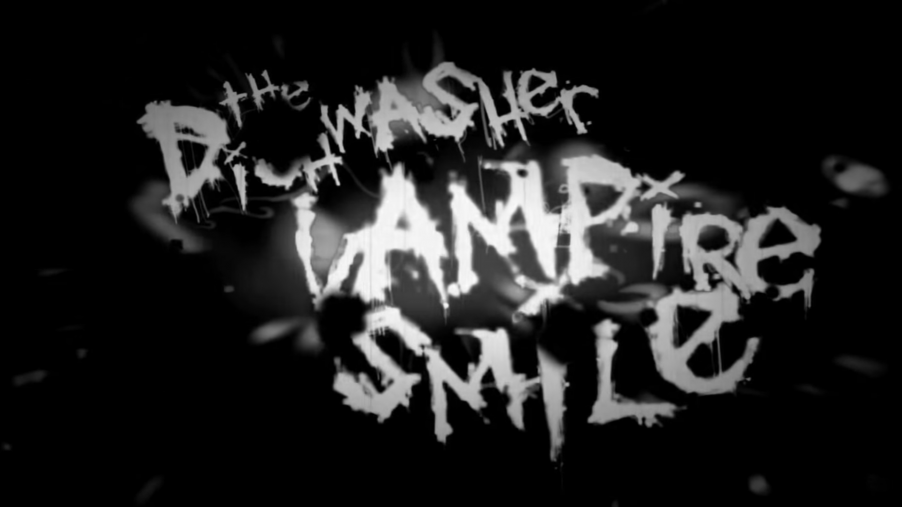 Ska Studios have made a lot of games in their time, but it's possible you've never played one before. You would know if you had, since most all of their games follow the same graphical format. With hand-drawn, sharply angled sprites and muted colors over an art style you'd likely find in a post-apocalyptic Hot Topic, Vampire Smile seems in many ways to be Ska's magnum opus. It's also the only proper sequel among Ska's other titles, meaning a lot of folks wanted more Dishwasher after Dead Samurai came out on the Xbox 360. Boy did they get what they asked for. 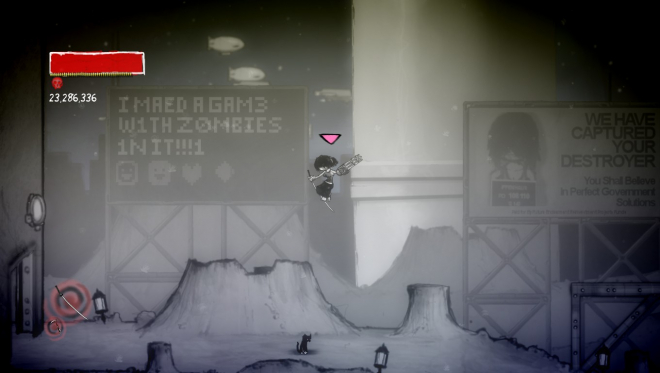 Right from the get-go, there's a lot to love about this game. For single player enthusiasts, you get a choice of characters, between either the titular Dishwasher, or his stepsister Yuki. This isn't just a cosmetic or playstyle difference either. Both characters have widely deviating story arcs, including having separate boss fights in some cases. While the levels remain largely the same for the two, there are times where they branch off from one another as well. I've been through the game with both characters and can attest that it's worth the second playthrough.

The combat arrangement and execution is similar for Dishwasher and Yuki. Their weapons are mostly derivative of each other's, and each character receives multiple weapons throughout the game, which you can slot into two slots of two loadouts. Weapons are swapped between your selected loadout with left bumper or L1 (and yes please use a controller for this game) while loadouts are swapped with right bumper or R1. This makes for some interesting mid-fight swap approaches for each room battle. 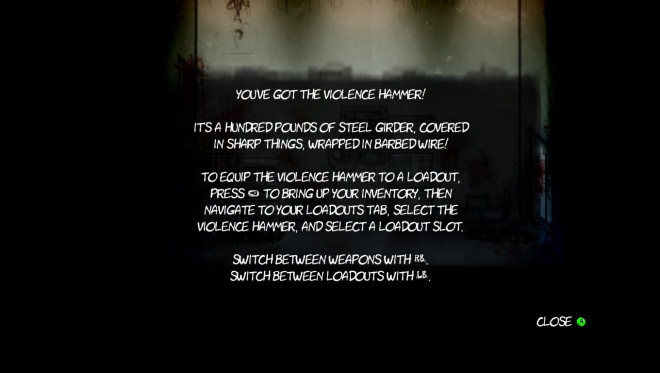 The Violence Hammer is slow but damaging

Each weapon has a hard and light attack to go along with a grab and your regular jump. You can also double jump, but mostly you will use the right thumbstick to "ghost step", which is easily the most useful and awesome move of the game, and it makes me wonder why more games haven't copied it. The ghost step allows you to quickly dash in any direction (even vertically), mist through gates and enemies, including enemy attacks. This becomes a crucial skill to learn during hectic fights. Grabs can also be done in the air, another critical technique to learn. Quick time button-press executions round out the normal fighting, which is already incredibly diverse and complex.

All of this would be for naught without responsive controls, and D:VP delivers on that in spades. At no point in the game did I feel like I was cheated into death, although granted I only played on normal difficulty. There are five difficulty levels, some of which you have to unlock through play. Regardless, the controls make the game a total joy to play when you are racking up combos across dozens of on-screen enemies. Advances techniques come later in the game, though I'd rather not spoil them, since they add another nice layer to your repertoire. 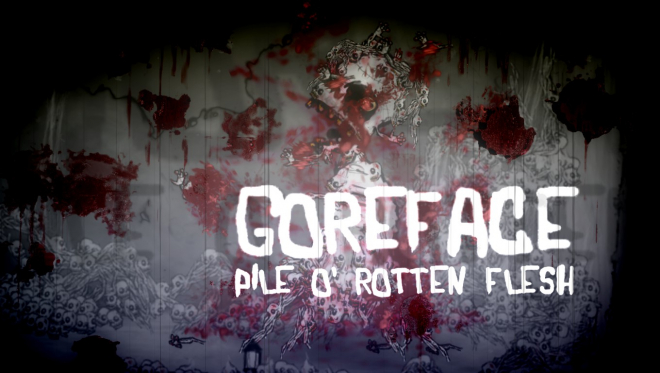 GoreFace is the first of many awesome bosses you will encounter

The world and lore of Dishwasher is simultaneously fascinating, gruesome and hilarious, giving it a genuine comic-book feel and flow. Even the cutscenes are done with that slowly appearing text-bubble format that interactive comics are known for, and the plot is filled with interesting twists and callbacks, especially if you play both character campaigns. Ironically enough, I'd recommend playing through Yuki's first, just to get the best surprises on that second run.

The levels are also full of character, with lots of easter eggs referencing Ska's earlier games thrown in the background as billboards and set pieces for good measure. This gives each level a charm that rarely feels repetitive (even if the whole "room battle" trope gets stale after a while). The underlying story may become a little nonsensical as you proceed through the levels, but it's so entertaining that I didn't mind. 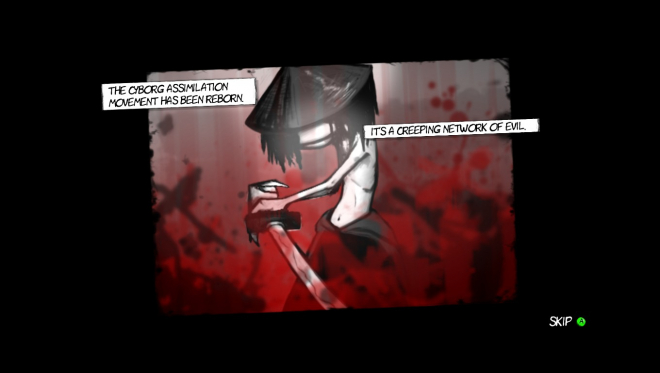 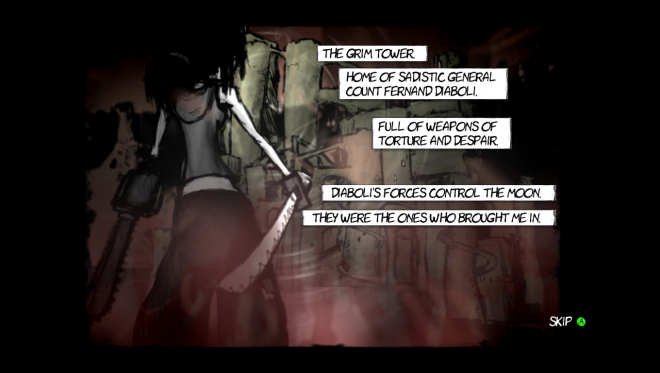 Co-op is also included, and the game nimbly shifts the narrative focus between the characters to present a more cohesive (if that is such a thing here) story line for that, but it is mostly just bits taken from one or the other campaign throughout the co-op run, and the fact that you can play local or online is a nice touch. There is also a horde mode called Dish Challenge and leaderboards but I didn't put a lot of time into these.

If I have any problem with D:VP it's the lazy way they ramp up the difficulty towards the end of the game. I won't spoil it for you but you'll certainly know when you've reached it. Aside from that, I only wish that Ska Studios would put the original game on Steam so I can play it, although I can still buy it on XBOX 360 if I get the itch, but who wants to do that?

My final verdict: Unless you are somehow averse to platformers or gore, pick it up, you'll be happy you did.

Standard Ska Studios, but that's certainly not a bad thing

Great soundtrack, good action noises. No voice work or enemy growls but it doesn't detract from the ambiance.

Some of the tightest, most responsive controls I've used, movement fluidity is top notch and the options for changing weapon loadouts are so stupidly simple and effective that it shocked me.

With both campaigns,local or online co-op, challenge mode, leaderboards, achievements and just the plain old fun of playing, this game has lots of reasons to come back to it.