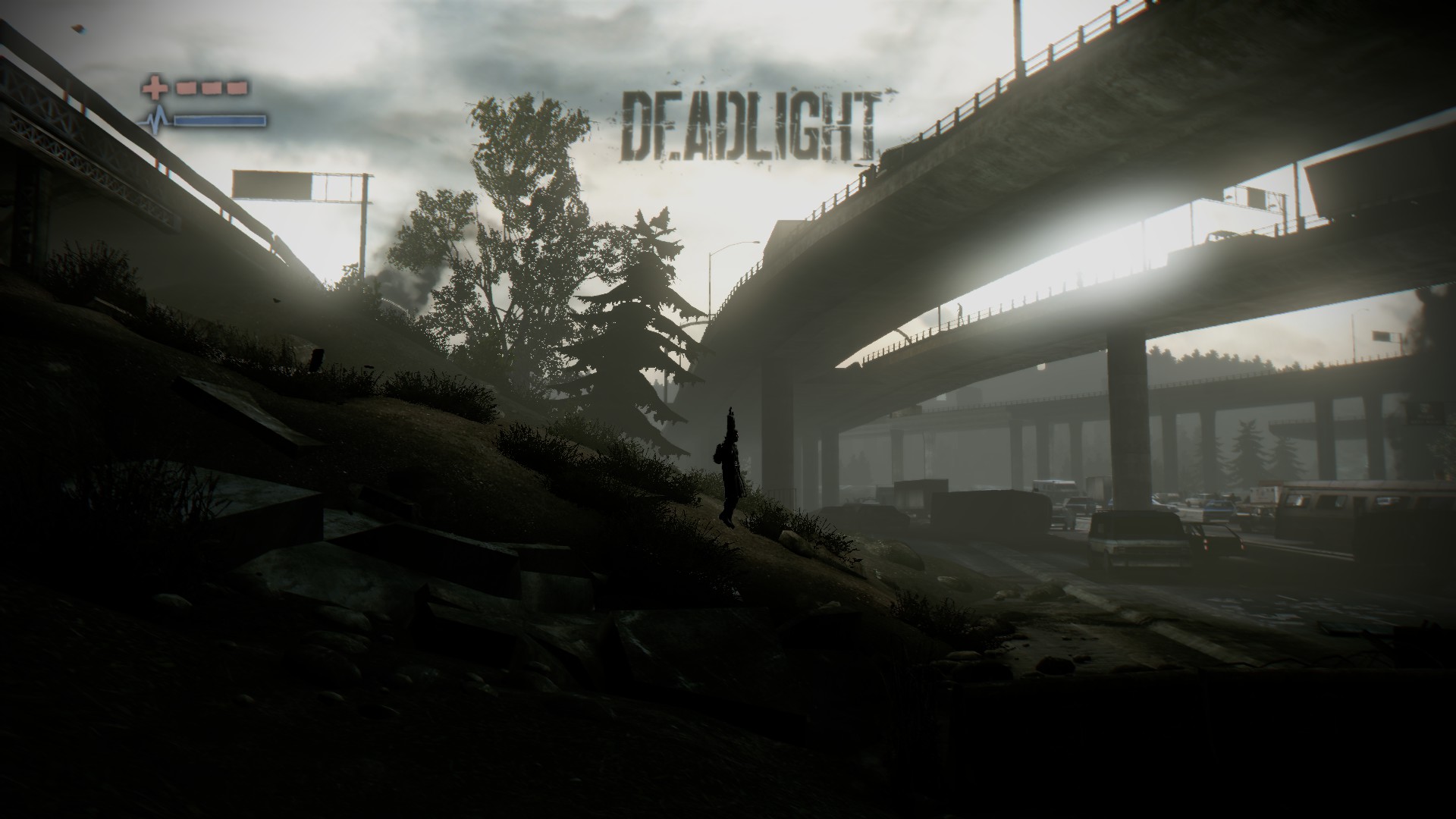 When a bad day is a good time

Randall is having a pretty bad day. I suppose that's expected during the zombie apocalypse, but even with a baseline that low, it still seems like Randall is catching some fresh Hell at the moment. Despite looking like a step up from a homeless person, Randall handles himself like someone who actually had his shit together before the fall of civilization. And he basically talks like Wolverine.

We get introduced to Randall as chaos is erupting within the small group of survivors he has mysteriously attached himself to. He helps the group get to safety as the zombies close in, and while the rest of the group heads towards the "Safe Zone", Randall stays behind in a convenient "I can't go with you" moment, putting us square in the shoes of our lone wolf protagonist.

And so our adventure begins... 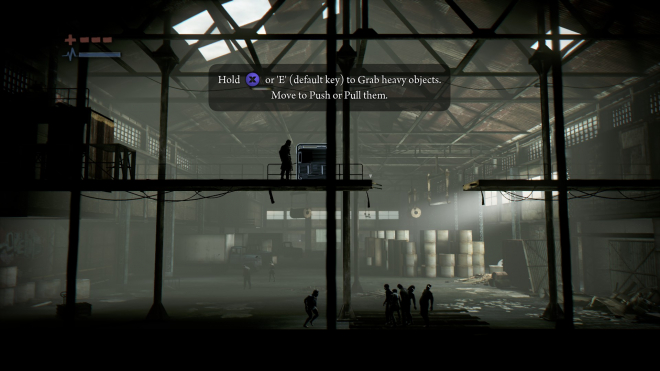 Deadlight is a side-scrolling cinematic platformer that starts inconspicuously enough. You're immediately presented with your standard fare puzzles to serve as a tutorial. You know, push the box here, grab the ledge there, flip the switch on the far side of the room. The game is obviously best played with a controller.

Cinematic platformers are notorious for their awkward controls due to the realistic body movement animations, and Deadlight is par for the course in that respect. Randall may be the spritely one of their little group, but man does he has trouble lining himself up underneath an overhang to jump up to it. Running, crawling and rolling are a little more responsive, and the wall jump is about as on point as you are going to get in a game like this, so we can cut him some slack I suppose. 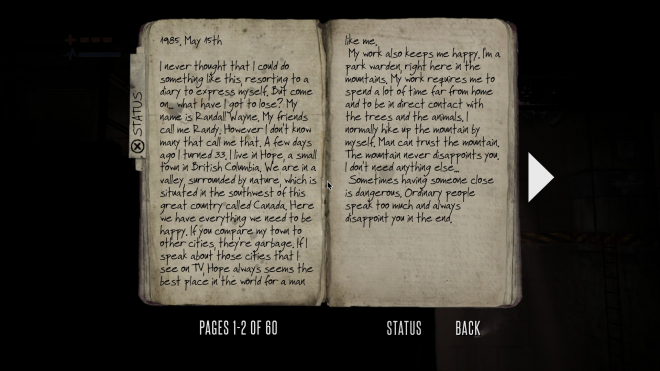 Randall's backstory is presented somewhat haphazardly, through various diary entries that you can pick up. For a guy this gruff, you would have thought he'd at least called it a journal, but hey, even badass bearded raspy dudes can have a sensitive side. Unfortunately the writers felt a need to double down on the cheesiness of his disposition inside these pages, striking a weird dichotomy that doesn't really fit. The adventure story beats you come across during the course of the main game feel perfectly appropriate, so this doesn't detract too much from the game should you choose to ignore the pages.

With a couple exceptions, none of the characters are particularly likable, including Randall at times. I mean I get that this is the zombie apocalypse and all, but everybody really seems to be trying a little too hard to cop the tough guy persona. Other characters are just complete tropes. The voice acting is decent, it ain't Nolan North, but it works enough at its better moments and feels incredibly forced otherwise. Especially during cutscenes, which are presented in a type of ink-trace comic format in some cases, while in others it uses the in-game engine. 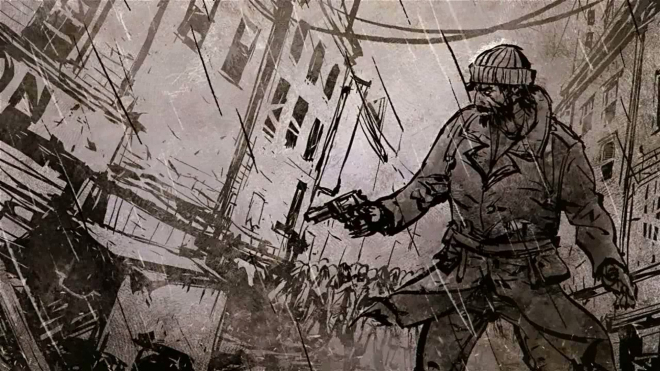 Where this game truly shines is in its environments, with each level being painstakingly detailed in its layout and backgrounds. The 2.5D landscaping is brilliantly applied here, with zombies in the background often coming to get you in the foreground, with other animations happening in the distance. It's a perfect effect that seems unique in every new section you enter.

Moving from outside to inside is executed well too, no two rooms look alike, with the camera zooming in to capture the feel of claustrophobia one gets in a small room full of zombies, or zooming out to give you an overhelming feel of a level's expansive area. It's also done well enough to the extent that, most of the time, the perspective shift doesn't interfere with Randall's ability to traverse the level. There are occasions though where the grittiness of certain platforming sections, combined with the side view, will make it difficult to see where the gaps are between jumps, leading to cheap deaths. Luckily, there is a forgiving checkpoint system. 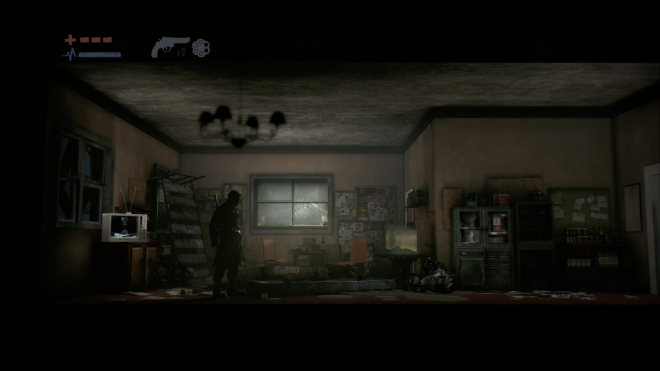 The game seems to drag on after a while, despite being pretty to look at, and you are eventually just doing the same types of puzzles with minor variations on them, or shooting zombies, or jumping between buildings. I typically don't advocate for games to be shorter, but this one certainly could have been, while at the same time reducing the price by about a third. There are a few notable action scenes, and one character I got a good chuckle out of, who has his own entire level, but mostly the extra money you're paying feels like the cost of grind.

There are a couple of blatant plot gaps, and some odd inconsistencies with the mechanics as they mix with the story. For example, you can't kill a zombie with an axe in the game, but Randall does exactly that in a cutscene, so why leave it out of the game? You'll definitely spot these occurrences when you encounter them.

Overall, I found the game to be worth playing, though I would wait for it to go on sale if you can. We're fans of cinematic platformers around here, and it's not a genre that gets titles in development very often, so when it's done correctly, it's almost worth it just for that point alone.

They won't blow your mind or anything but they serve to complement the atmosphere well.

Decent voice acting, good use of sound to facilitate tense and creepy moments.

Cinematic platformers aren't known for their tight controls and Deadlight is no different.

Deadlight lovingly crafts each level and background with the kind of detail you often do not get in this genre.

It's good enough to keep the game in motion, though I never felt too obligated to like any of the characters or read the protagonists journal.