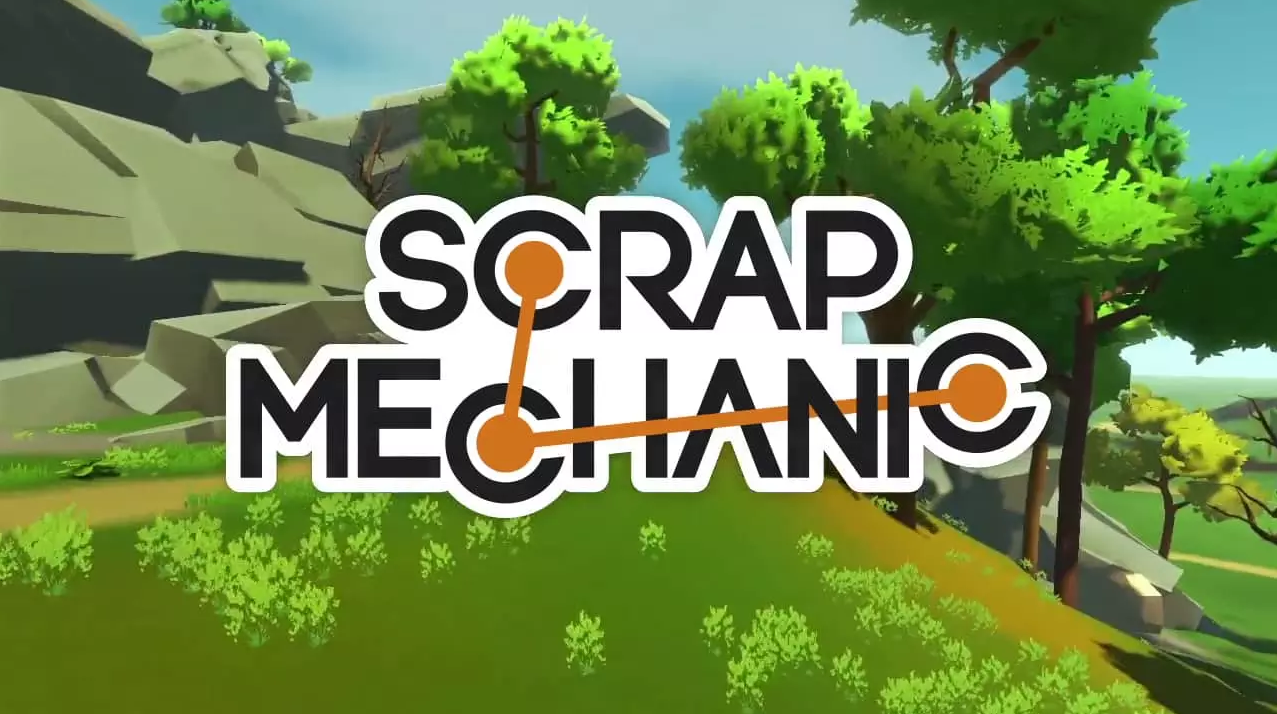 If you love scrap or mechanics then you'll love this...

When I was a wee lad, I had a set of toys called Robotix. It was the closest thing to The Future I could wrap my head around at that age, and even though I know the tech was crude, it was interesting enough to tinker with for a couple hours and make neat things that moved when you turned on the switches. On the box, it showed that you could make a robot T-Rex. I never quite got to that level of expertise with it, but I believed it was possible.

Why am I talking about a thing that isn't a game? Because it really reminds me of Scrap Mechanic.

It's hard to tell who Scrap Mechanic is for exactly, at least when it comes to the wider demographics. It carries the playfulness of a casual game in its graphics and limited world, but it is definitely not a game for casual players. Clearly this is OK though as the game currently holds a Very Positive rating on Steam, so you can't say it hasn't found its niche. Still, it confounds me how it could stay very entertaining for much longer than those couple of hours. 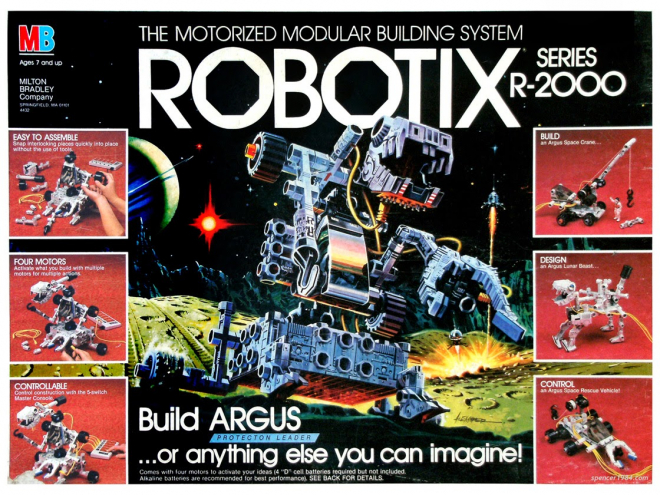 One of the stigmas of Early Access is that a game can stay indefinitely in there, collecting sales and never get done. While other games have certainly been in EA for much longer than Scrap Mechanic (DayZ comes to mind), it feels much longer, since the additions and dev blogs are few and far between, and the things that are updated don't seem to contribute to the core of the game. It's now been two years since it initially went on sale, and I can't see much of a difference. A "Survival Mode" is allegedly being added (Hey why not a Battle Royale mode too eh?) but most players seem to believe it will never arrive. This kind of consumer confidence isn't always warranted, but it seems to be here.

It doesn't help that much of the news surrounding this game is focused on the developer's next game, Raft. 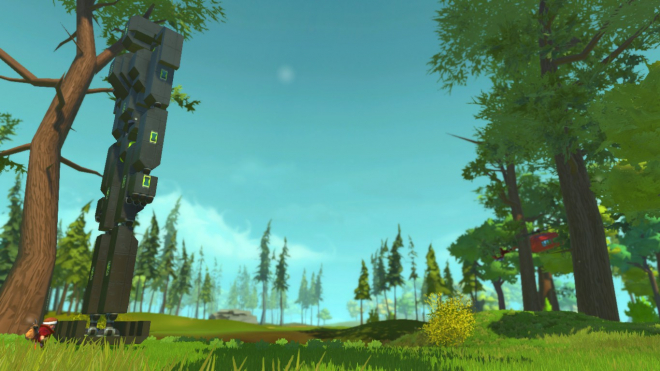 The world itself is nothing to write home about. A watercolor forest, containing maybe a couple square miles of land, is all that this game offers you to roll your creations around in. It really doesn't even seem to make sense why we're in the place that we're in. An airport or city would make much more sense. Nobody builds giant robots in the woods.

I will give some credit to the UI in that it is as simplified as a game this complicated could probably get, but even still, there's not much direction (watch YouTube videos if you really want to play this game) and a decent amount of mechanical knowledge is required straight out the gate to really be able to take this game for a spin. I was able to finally get a handle on it, ironically, after my 8-year old son was patient enough to give me some pointers. 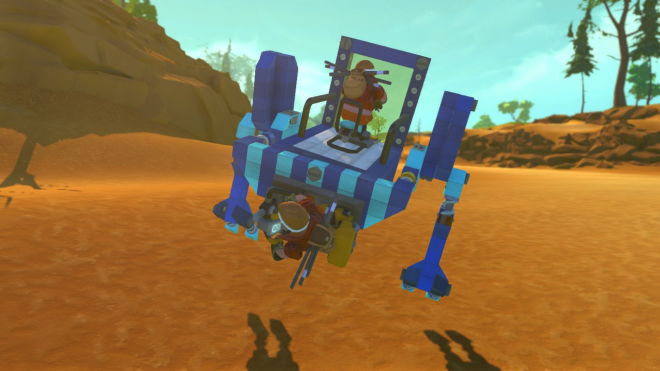 The one thing this game does have going for it is the Steam Workshop support. Honestly I don't think this game would even be on the radar if it didn't have this community element. My son and I did have a pretty good time installing some of the custom builds, everything from an Optimus Prime that really transformed, to a scaled back Star Destroyer that really flies.

Other user builds are quite captivating in their ingenuity. The chicken walker you see above was able to stay on its feet no matter how bumpy the terrain was, and even your standard cars and trucks feel like magic tricks, considering it was painful enough for me just get a wooden block with four wheels and an engine block to keep to the road.

Even the user-generated content loses its novelty in short order though, and it didn't take long for me to find excuses to get out of looking at more of them with my boy. It did however give me hope that it will teach him some of the basics when it comes to mechanics, even if those concepts have been overly simplified.

At its core, without some real meat behind this game, either now or in the future, that's exactly what Scrap Mechanic boils down to: an educational game with some gimmicks. It isn't terrible by any means, but with a $20 price tag and a lack of player confidence it will ever see the finish line, it's recommendation is limited at best.

Washed out graphics with muted colors makes this game feel like an advanced tutorial with Unity assets.

Nothing much here to talk about, it doesn't grate on the ears, but silence is like that.

It's hard to call this a game without putting multiple asterisks on it.

The people on Steam building content for this game are really the only saving grace.