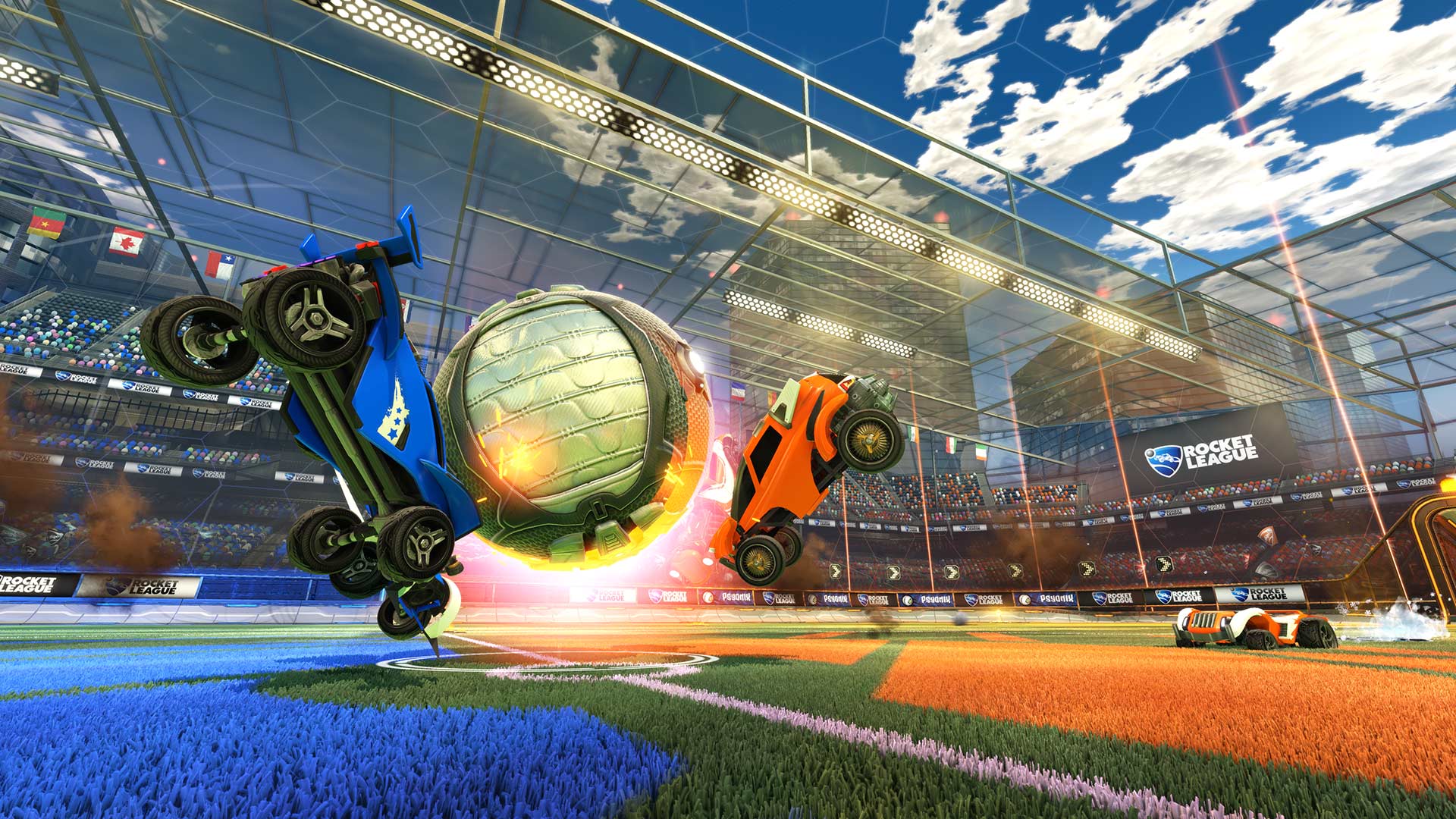 Psyonix took a lot of risks with the release of Rocket League, not the least being that they agreed to let it be one of the PS4 Plus games right after they launched it. The gambit paid off, and now boasts several million users across PS4, PC, XBox and soon the Nintendo Switch, with most of those platforms soon to have cross-play (I'm looking at you Sony). This makes for much better matchmaking.

If you're on of the few people who play video games and have't heard of Rocket League yet, the basic premise is deceptively simple. Essentially, you're in control of an RC car that can jump, and you need to hit a soccer ball into the other team's goal while defending your own. 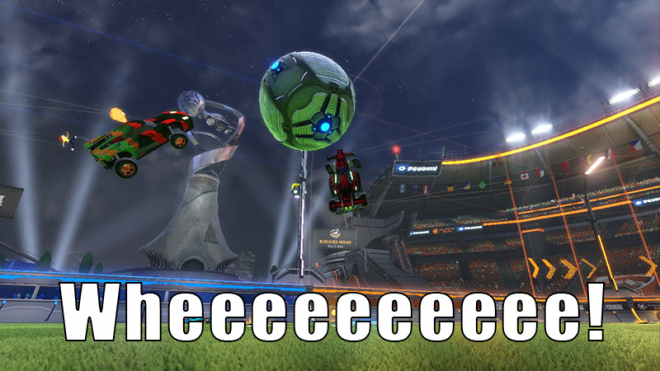 The jumping part is made oh-so-much-more awesome by the fact that you also have the titular rocket boost ability, and advanced players make keen use of this by controlling their vehicle precisely enough in the air to take advantage of getting to the ball both before your opponent, and higher up then him or her. The result is some spectacular goals.

The cars are not invincible, and you can capitalize on this by hitting others at top speed, resulting in a demolition, which puts them back at their own goal after a couple seconds. This can certainly be an annoying thing to have to put up with if the other team employs this tactic liberally, but hey it's a legal move so what can you do? 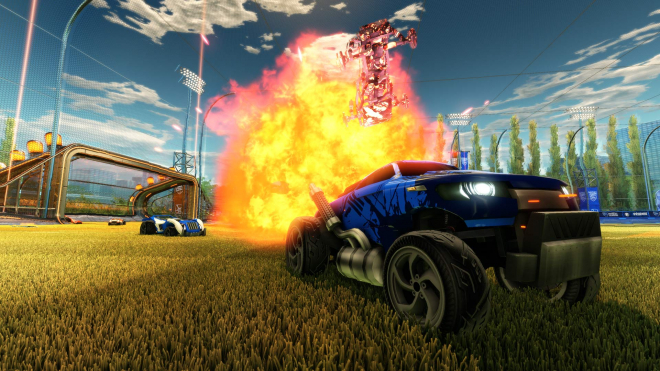 Rocket League is one of those rare sports titles that seems to earn its category unintentionally, and that says a lot about it. Unconventional yes, and also awesome. Psyonix has pledged to keep this game going for as long as they can, no sequels in sight, and that's great. Now if we could only get Sony to jump on board the cross-play train with Microsoft, Nintendo, and Steam.

A boy can dream.