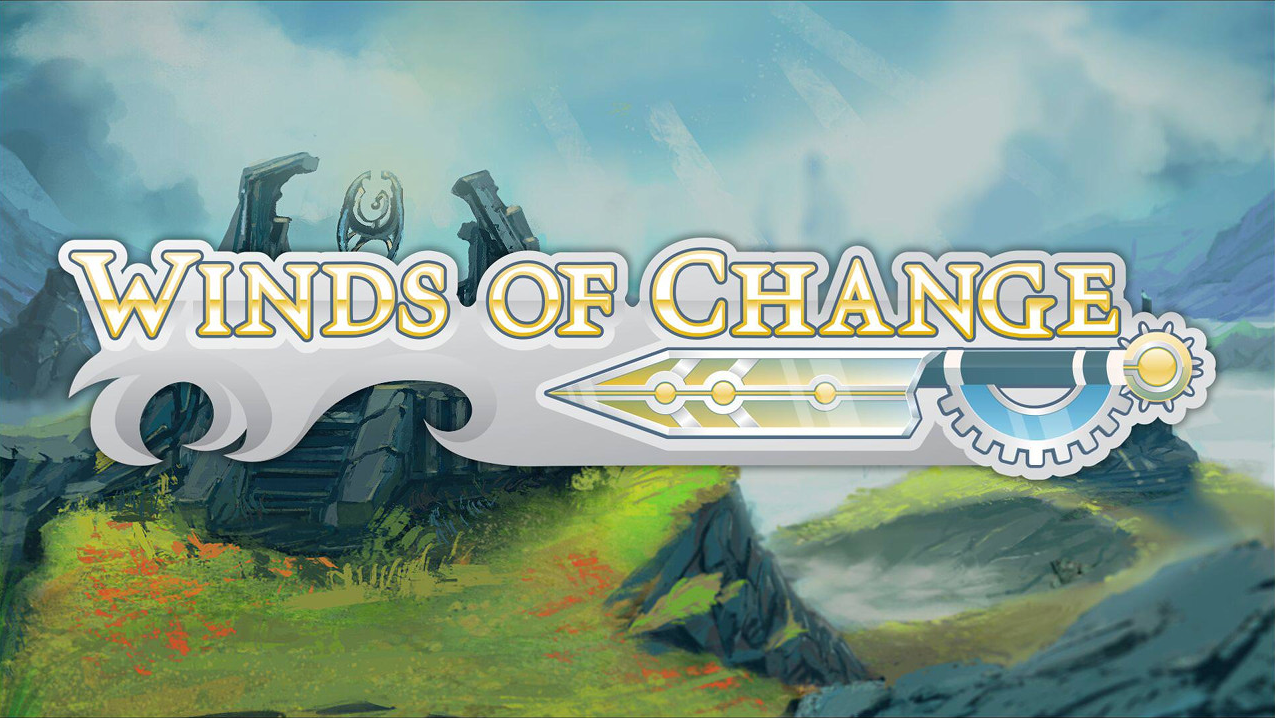 [THIS IS AN EARLY ACCESS PREVIEW/REVIEW] You are born with a power that makes you "special." One that can change the shape of the known world, for better or worse. You are the last Seer.

Winds of Change sets the player in the fantasy world of Alestia. We now live in a period after a dreaded Occupation that took place, killing thousands of people. The hero has been born with a special set of powers granted to them by the Spirits. These powers grant the ability for the Seer to have visions of the future so they can decipher with their Scribe to change plans as needed. You embark on a journey that leads you outside of the secluded village and into a broader world that is approaching the brink of war as a Rebellion stands to dethrone the rules. You will make allies, meet enemies, and possibly fall in love with one of your team along the way. When you reach the end of  the game, will your heart and actions be pure? Or will they be as corrupt as the current rulers? 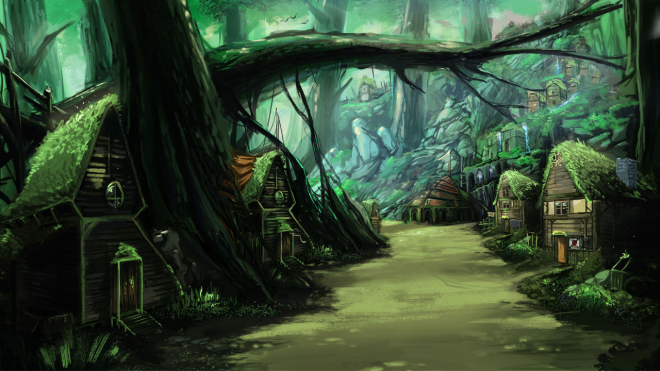 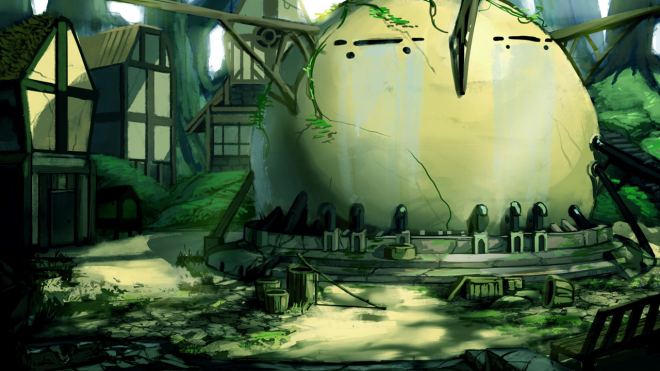 This preview will be of what I experienced in the game and the main storyline that I decided to take, so I will officially say that my Seer is male. As you are supposed to take on the Seer's persona, you never see what they look like, so I assigned him a male with my own idea what he looks like.

You start off, like any other visual novel, with a lot of confusion as you are thrust into a battle in which you are losing. Not many major decisions are occurring at this point. You are reading what is going on and listening to your life long friend and scribe, Valessa, is telling you. You eventually bump into a guardian, Ulric, who is trying to help you escape and even puts his own life in danger so you can run. You also meet with the Grand Inquisitor Sovy.... who then kills you. 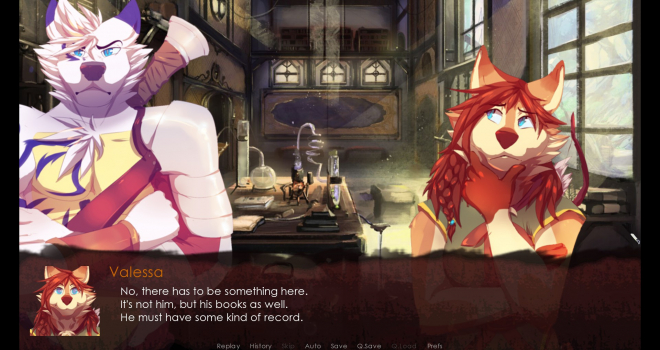 You find that you are the Seer, and one who can see glimpses of the future from the Spirit Realm. What you experience in the beginning is what fate is coming to Valinorth shortly as the Blade of Exodus is now hidden in the village. This blade is very powerful and was stolen from the "gods" of the world; the Triumvirate. You, Valessa, and a scribe-in-training named Fortaime are forced to leave Valinorth. The previous Elder was actually the leader of the Rebellion, presently assumed dead, had made arrangements to get the Seer out of town and into the Rebellion's main HQ.

You will meet a large cast of characters, and a few will join your party and together you will all journey off to defeat the Triumvirate. As you play the game, you will be given special Heart-to-Heart conversations that will change how certain characters will react to you in your party. Yes, that means you can fall in love with them and there are promised "final scenes" that conclude the romantic sequence for the Seer and that character. I only romanced Valessa and her final scene is not yet in, I cannot say whether or not the other character have theirs yet. 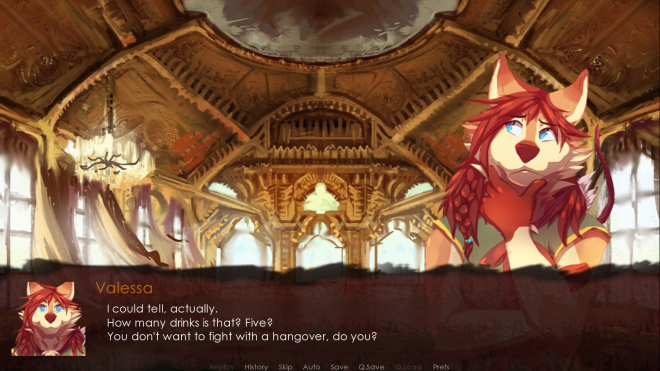 The game is a fairly lengthy and you can easily put in a good hour or two per Act, to which there are currently 4 with the 5th coming soon. There are multiple paths you can take, and some decisions will even let you know that a decision will affect how the world changes toward the end. You will gain Purity and Corruption points based on some of your decisions, and we have no idea what those will do to the story until the game gets closer to completion and the developers start adding in all the multiple endings.

There are Achievements to gain, and on my personal playthrough I was able to get them all but 2, which I had a save at one of the trigger points that I loaded up once I reached the end of the game for. It is unknown if more achievements will be included, but hopefully they will be as it would be odd to pretty much give them all away before Act 5's release. 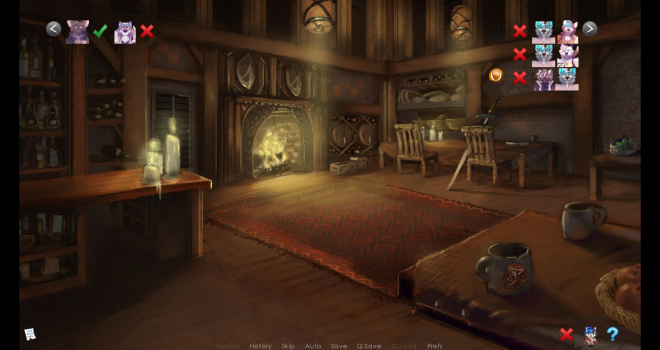 The tavern has a bit of everything. Heart-to-Heart, side stories between friendlys, and "meanwhile" conversations.

I love the story, the world, the music, and I loved hunting for the collectible books and conversations between characters. The price is good for where it is at, and honestly, they could increase the price once the game is finished as it is worth it.

What I did not like, you knew it was coming, was only having 1 female character in your group. That means only 1 female to romance, but there are 5 males, and feel that is an oversight and the developers may have thought that more females play VNs than males? Perhaps we will see more characters be included later, but honestly I cannot kid myself there as that would force some new scenes and adding a new character to some areas of the game.

The other down fall is the voice acting. There are times when it really feels like one person in a recording booth reading their lines, not giving proper reaction to another character who was saying a line previously. I am hoping they still have to do some processing to make some of the VOs louder at times, but there are several lines that could be reviewed in game to ensure the developers have the emotion and strength that should be going on at the time. I cannot knock them too hard as the whole game is voice acted! That is such a strength that I can easily overlook a low issue like this. 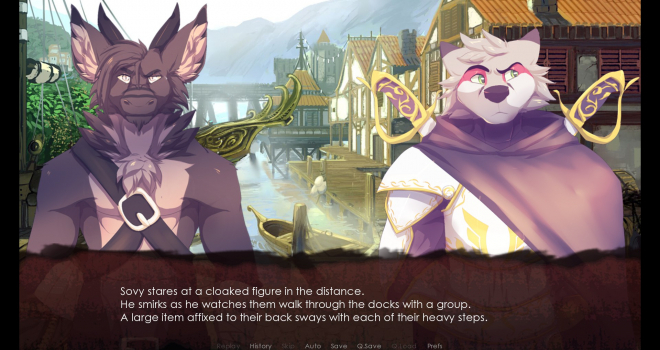 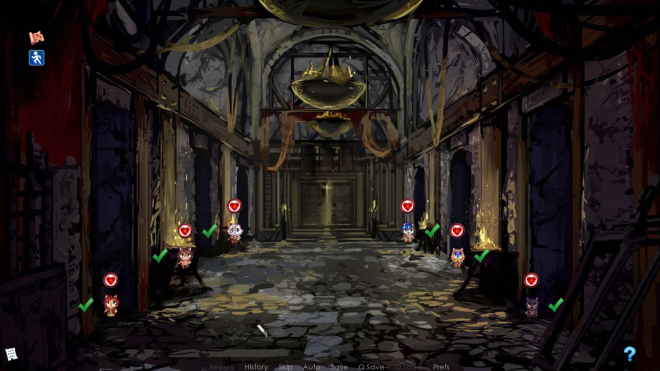 The barracks are a way to talk with your party. 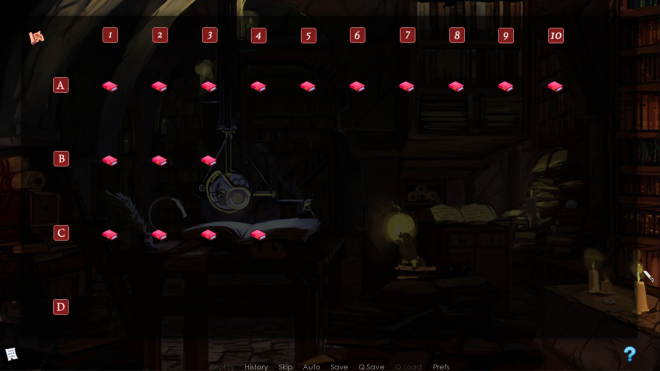 Re-read the books you have found so far.

Overall, the game is worth grabbing if you like Visual Novels. It offers more than just a simple "read and decision" that most VNs come with as you have the collectible aspect and the companionship. Do not write the game off if it looks "furry" and you are against it. The game is good. Better than some of the VNs out there now, and it isn't all about sex. Winds of Change has a great story that will keep you involved all the way through and it really picks up in Act 3!

Stylized graphics looks good in multiple areas and the game utilizes a good UI. Most of the backgrounds looked really detailed in their paintbrushed design.