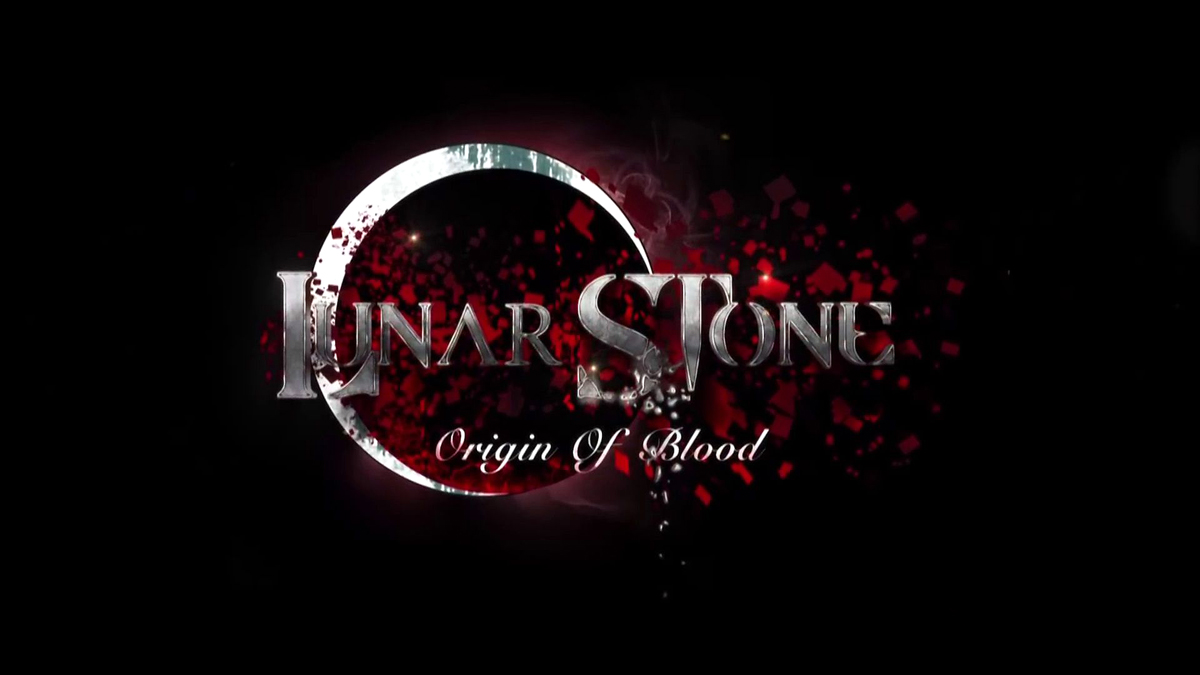 The story goes that Lunar Stone: Origin of Blood is set at years after the old era ending by the Moon Break Catastrophe. The magic power released from the core of the moon awaken the ancient dark creatures. And the war dragged between Human survivors and dark creatures to seize control of few lands left after the grand flood. Standing on the top mountains of Sober Land, Academy Zenova was built to foster young soldiers and to protect the magical moon stones. The Academy president Mr. Levit departed to attend the Sober Land Anniversary leaving a prophecy that there is a chosen one will end the war. The undead creatures led with dark lords take the chance to intrude into the academy and grab the powerful stones.

You start below the academy with just a torch and two female characters and you explore what the catacombs has to offer before seeing weapons appear in the middle of the room. The adventure starts once you grab the weapons, as you fall into a room and combat begins. 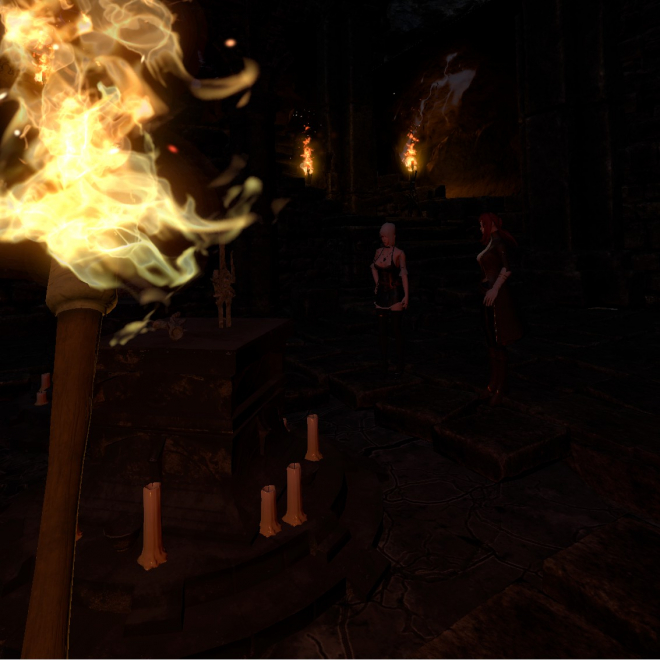 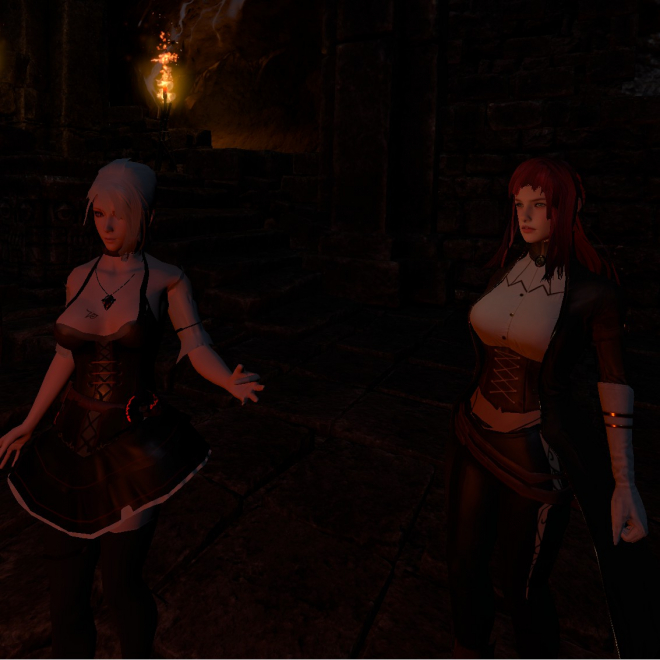 After fighting a room of skeletons and an odd giant skeleton boss, you are rewarded with a green orb. One of the special orbs that the vampire Montagu is after. He comes to you telling you to give him the orb and hurts Mika in the process. You escape with the help of the redhead Melanie and end up in Mika's room.

This room was pretty much fan service, a topless girl moaning for blood and the player has to walk up to her and rub the orb on her back. You can stand there, or move to Melanie to continue the mess of a story as it will no longer flow well from this point on. You are just teleported to another level. 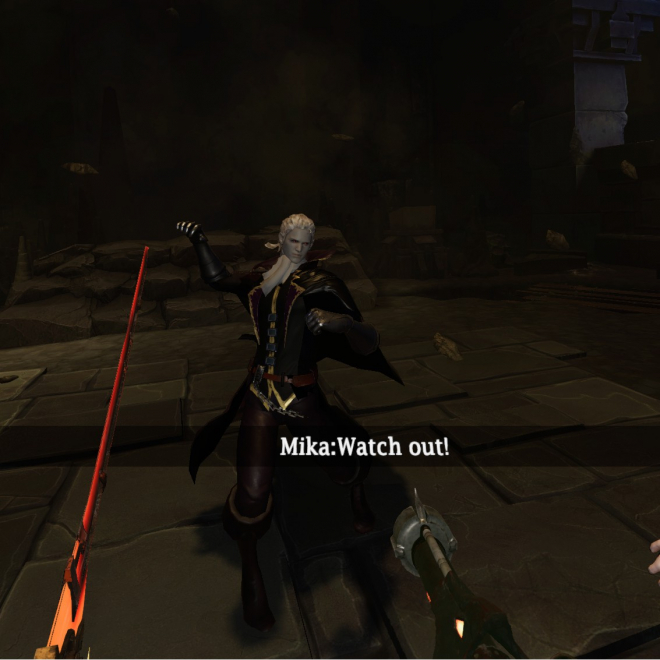 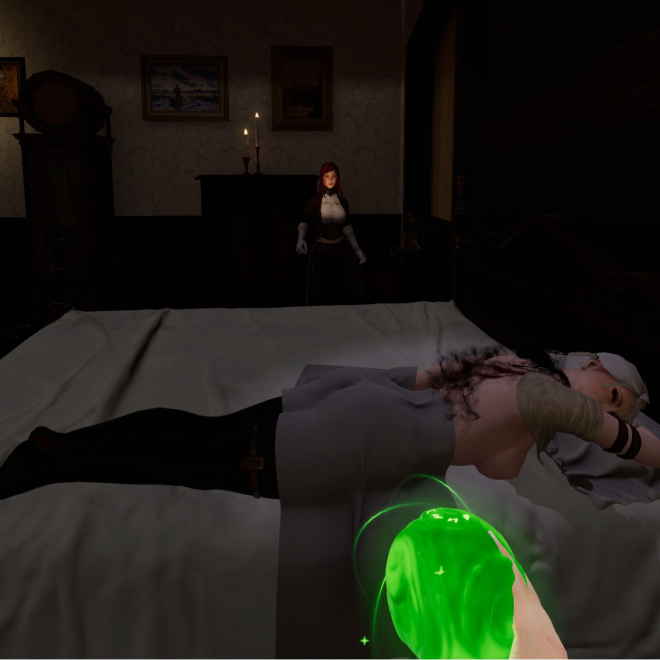 After leaving Mika to be healed by the green orb, you and Melanie are teleported to some weird boiler room. The boss paces back and forth behind glass as a series of enemies attack you. They will throw water? Gas? Some sort of liquid at you, making it hard to see for a while, so expect to flail around your sword arm and shoot at random areas until the enemies die. Then it is a standard boss fight.

During this fight you are pretty much force fed the "unique dodge mechanic" which is holding a button and swinging your head. Enter whiplash! It also does not make sense as you just stand there and text pops up saying "Dodge Success" and the enemy runs through you. It is weird.

He poops out an orb and you move on to the last stage. 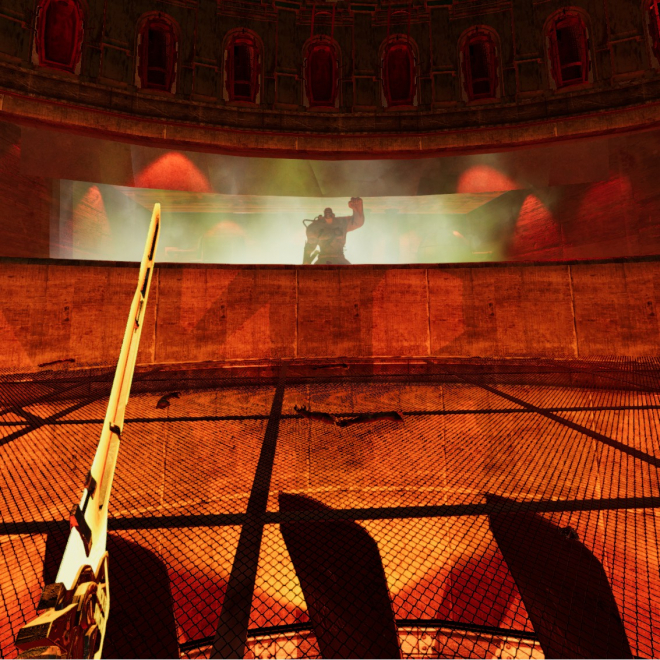 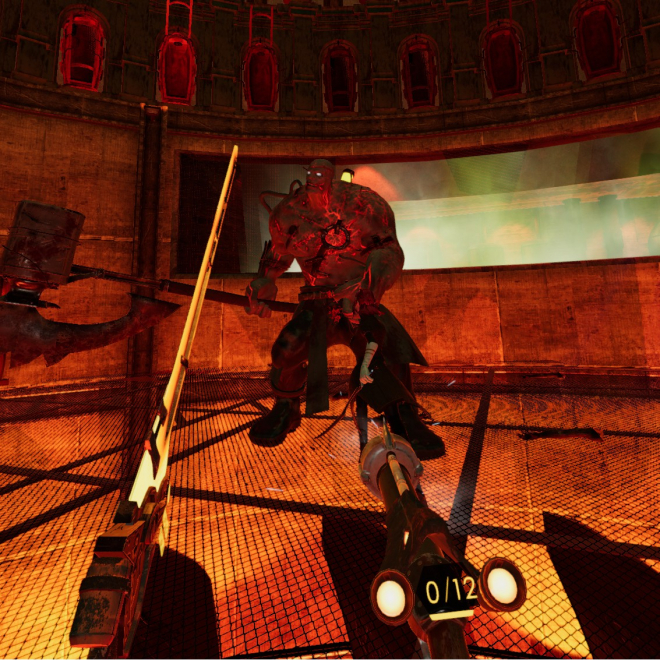 During the last fight with the Vampire Montagu, he will entrap Melanie and you have to fight him as he rushes you, casts clones of himself, and teleports around the room. Mika will eventually show up to help, but she is just there to free Melanie, so do not expect help. You really do not see that "enhanced AI Non-Player-Controlled Character" outside of the first 2 minutes of the game. It is too bad as Mika was useful on the first stage, but you are pretty much solo the rest of the way as Melanie wasn't much help for Boss #2.

Kick the crap out of Montagu, and then BAM... the game just kind of ends. 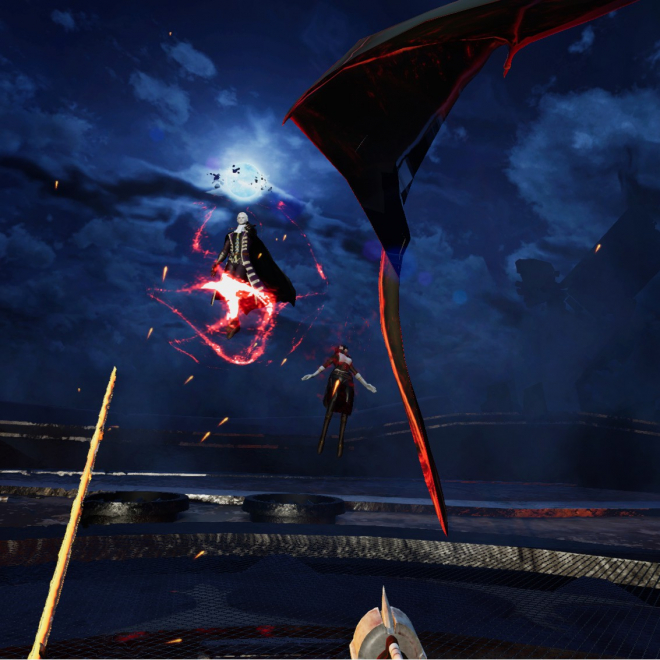 After completing the game, you will unlock some new weapons that you can use when you start your next playthrough. Both of the weapons are kind of cool to mess with, but the game's length is only 15 minutes in Hard and roughly 9 in Easy. There appears to be an Endless Mode that was "Coming Soon", but the game is from 2016, so I am not sure if we will see that ever unlock. 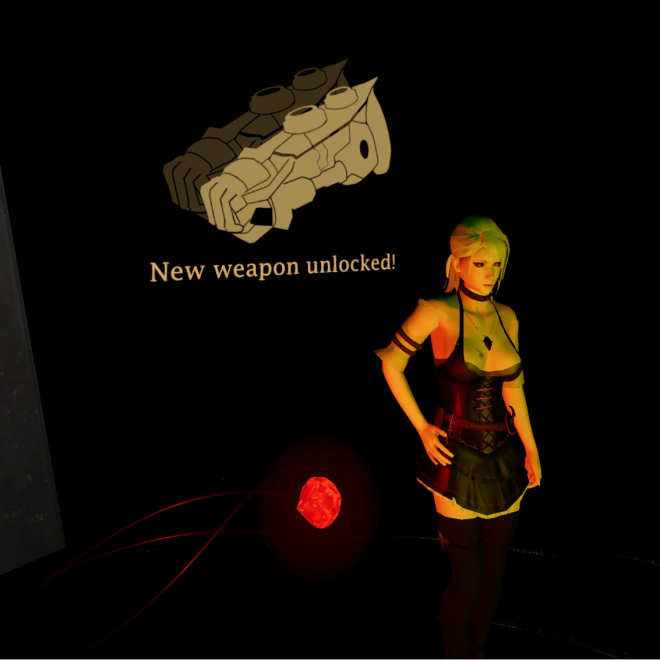 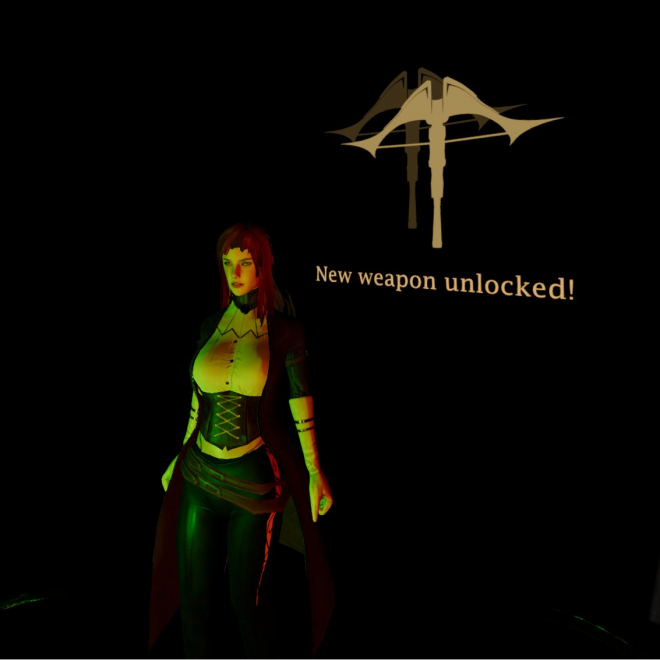 While the game does offer both Achievements and Trading Cards, at $15, the game is not worth the price. There are far better VR experiences out there that are cheaper than this as it feels like a glorified Tech Demo. It has the components to actually be a good game.. it is just that the execution is so poor that I had a hard time giving it more than a 1/10. 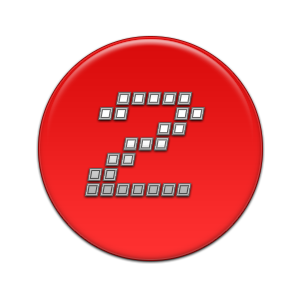 They function as well as they can. The Rift controls seem to be an after thought and do not mix well. The game's unique dodge system could be ripped out for something better.

The graphics looked pretty good. I felt that the Mika character was a bit much on fan service though.

Everything seemed to be okay with audio cues. It needs an ambiance sweep as it kind of "meh" at times. Also there is no good positional sound, so it is hard to know where something is coming from at times.

Difficulty settings allow for more playthroughs, you unlock more weapons, but honestly, the game is a one may two time playthrough and you are done.

7 Immersive - You are in a shooting gallery type of game. You do not really move around much, except for a teleportation here and there in Mika's room. The only really disorienting area may be at the beginning when you ride the "elevator" down.