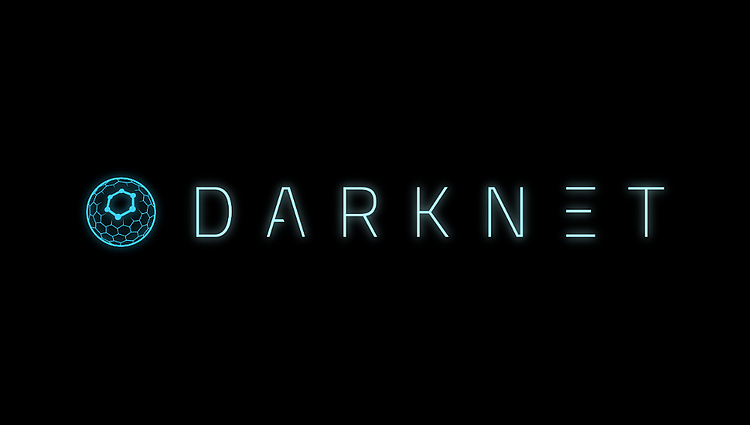 Darknet sets you up as a hacker in the Internet whose mission is to steal information before your are detected; using virii as your weapons.

Initially when I saw the game I was not very interested in it based on screenshots that I saw. I was pleasantly surprised at how much fun this game really is. Darknet is a simple puzzle game where you have to get to the yellow core of each node, and eventually take down the main Core Node. Taking the Root Core ends the level and prompts the score, but it isn't so much as clear the little nodes and take the core easy. Each level also has an overlaying timer that you have to beat the stage. In some cases you have plenty of time, in others you wish you did not have to deal with it. There is a little cheat behind you, brought to you by a little Hex Calculator and no information to go on. Finding the correct Hex Code unlocks the node you are messing with instead of having to do it in game.

Once you select your level, you are brought to a giant hex-grid with dozens of nodes, each with its own bounty, and the Root Core. Taking a node will allow you to infect other nodes around it or shove a worm in the code to bust down the shields of larger ones. Get the money, but more viruses and exploits to make your hacking skills work faster and easier for you. 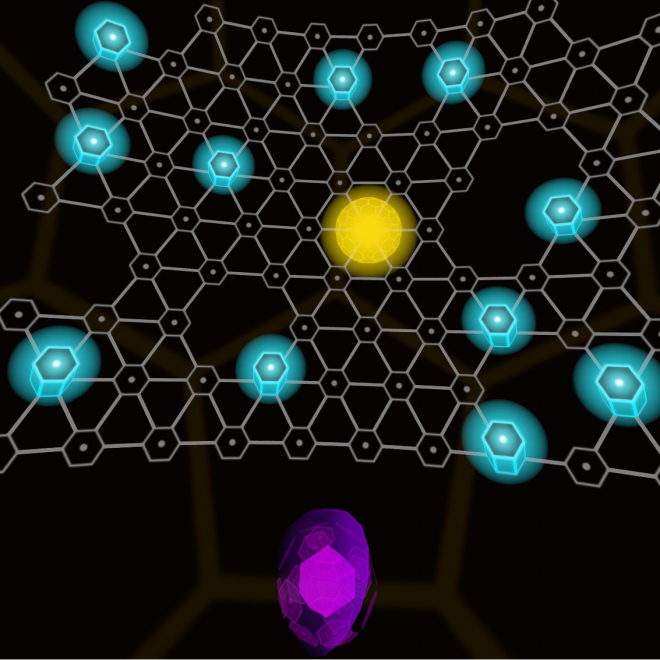 The image above shows your basic little node with no firewalls and only one available virus in hand. The blue circles are the antivirus (AV) programs that you have to avoid. You will infect one of the blue AV programs and watch the virus spread on the hex-grid until it meets the yellow core, or get wiped out by another AV program. You need to choose your path well as an AV will cure your virus faster than it can spread!

The purple colors are your virus attacking and spreading, getting that purple core on larger nodes can get crazy, as the number of AV increases ten-fold and firewalls uncleared will have green pillars in front of the node. Buy some Exploits and trash the firewalled node before you attack it, or watch the animated tunnels link and take the "leader" out to drop a firewall on the node it is connected to. 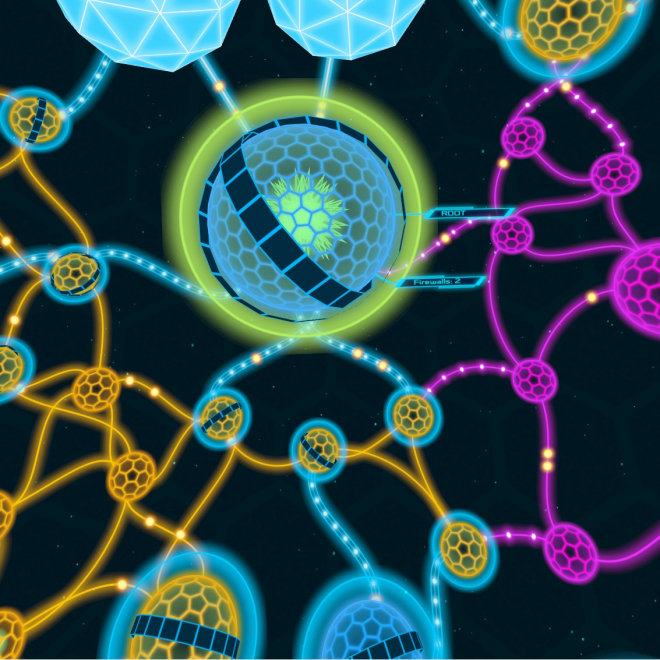 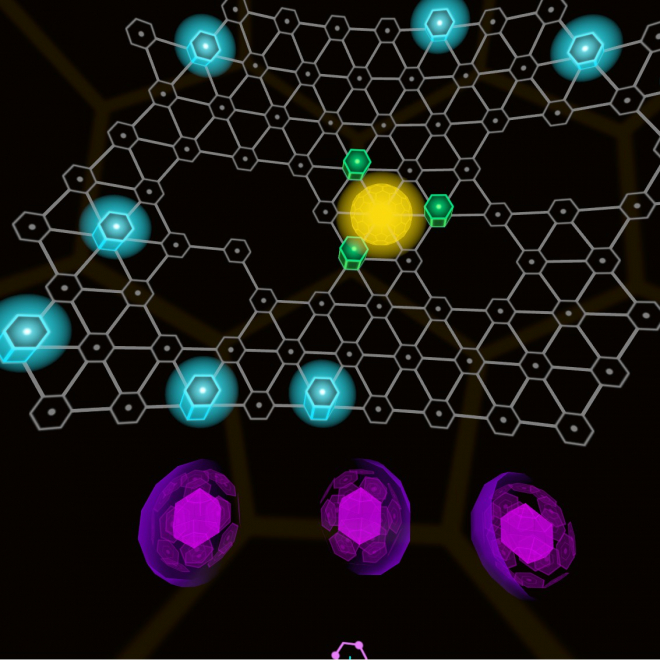 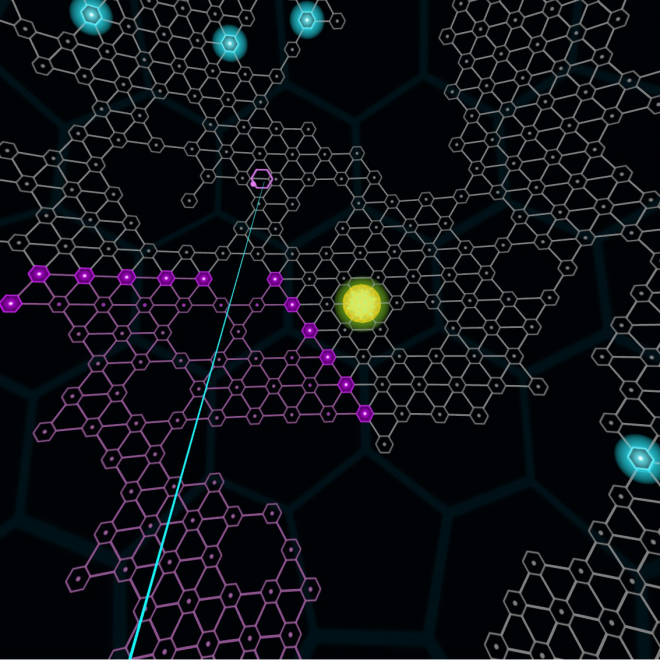 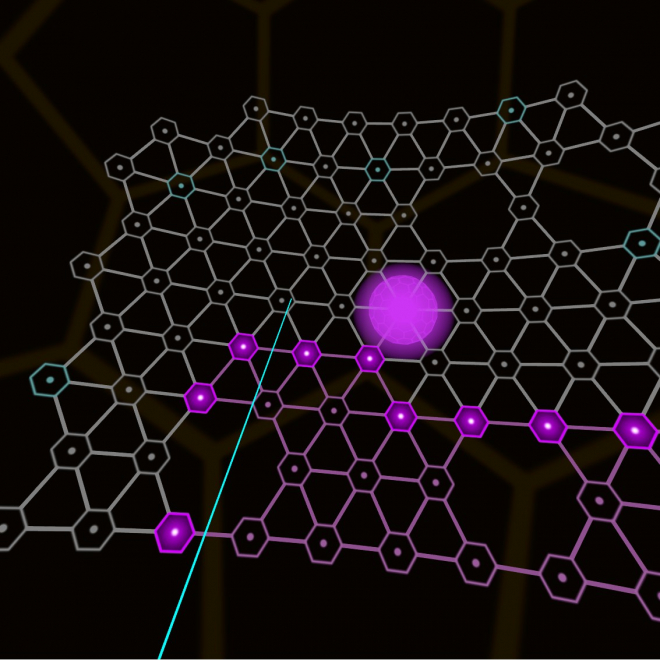 As mentioned, you will have an arsenal of weapons that work for you: Viruses, Worms, Hydras, and Exploits. Each with their own abilities, but the virus is your main tool of the trade. You can buy more of each them, but they do increase in cost as you get more. You will not be able to shut down a Root Core until you have enough resources, so expect to have as few as 5 viruses in your support team. 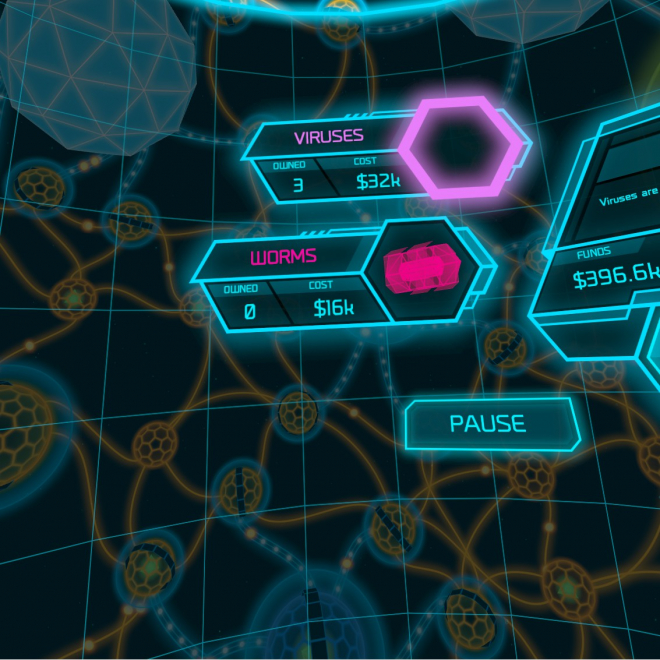 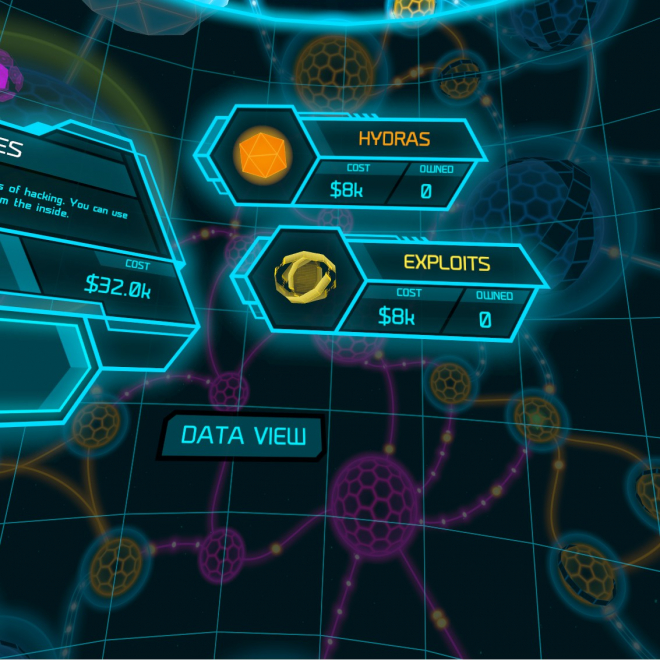 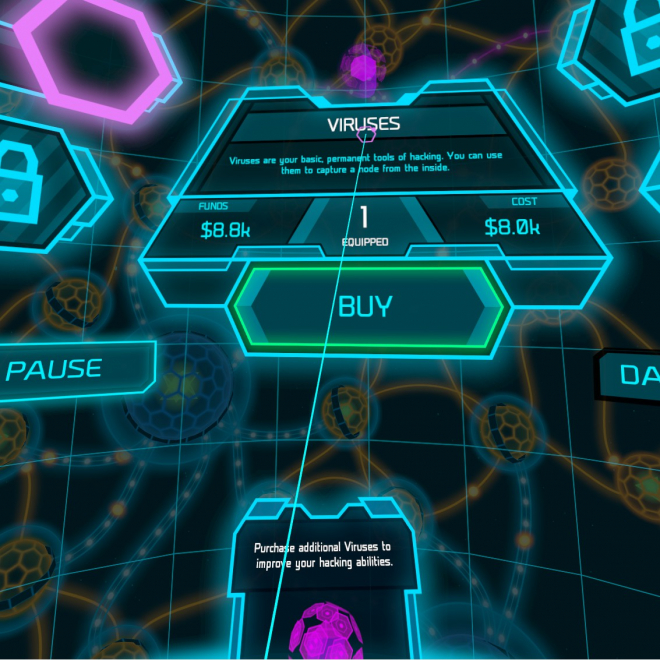 There is also a cheat that will allow you that "quick unlock" of a node. It takes a bit of Data Mining in the game to "see" the numbers, but this Hex Pad is right behind you when you start a node. It is up to you to figure out how to use it! 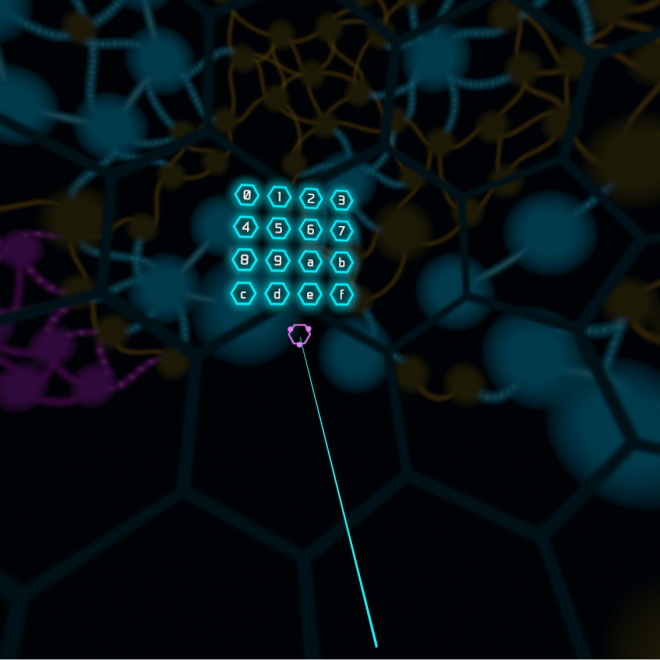 As you earn BitCoins for successfully hacking a Root, you will also unlock better skills. Some of these are very important to get as soon as you can. 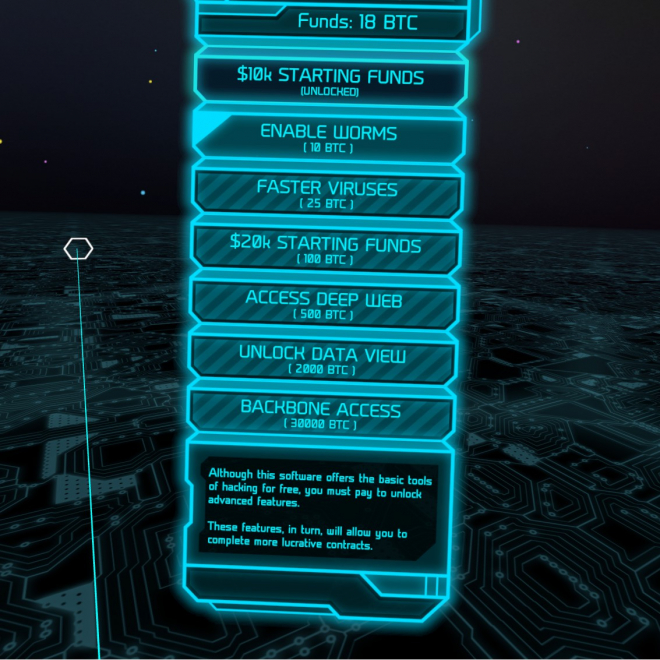 The game also sports a non-VR version, but I felt it just didn't play as fun. You lose immersion rather quickly as it just becomes a point and click game. For a game that came out when VRs were still relatively new, it is still a game that you need to have in your Oculus or Rift library for sure.

Review Note: The reviewer received a copy of this game for free. This does not affect the content of the review or its final grade.

For a VR game, it is very intuitive. Moving your head allows you to see the hacking grid easier, and you only need 1 touch controller to do everything else. A few times I fought with the pointer, but that is not a big deal.

The game is very simplistic in design and does not look more than a simple flash game. The different colors and shapes makes it very easy to figure out what is needed to unlock nodes. The main menus are the only really boring part.

The sounds are really good. The audible shifts in things make it easy to turn your head to something else as you fire other things off in the meantime. The music is very melodic and soothing.

It is a puzzle game. The gameplay is the same, just with more challenges. You may be one of those who just beat it and move on. You could find yourself returning to it after though, it really is a game changer for VR games.