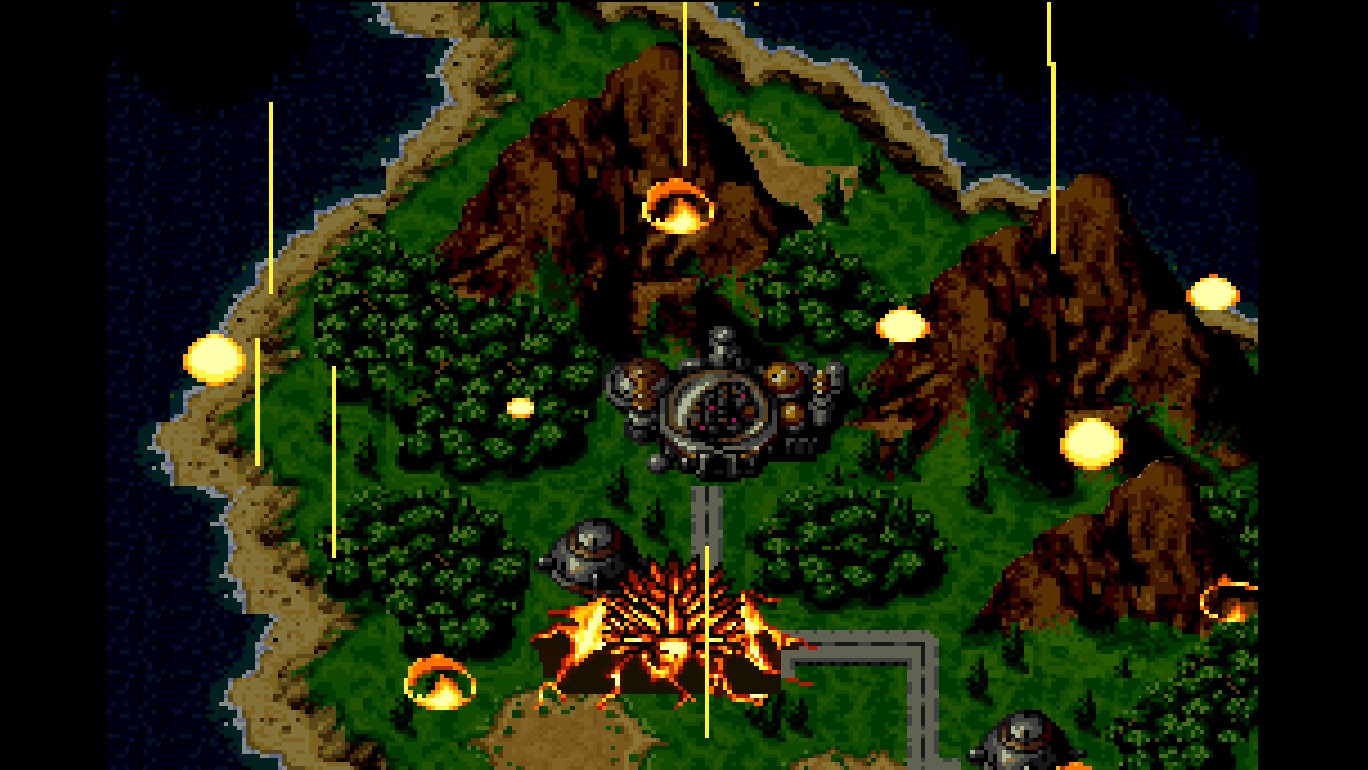 Travelling through time... again and again... and again. 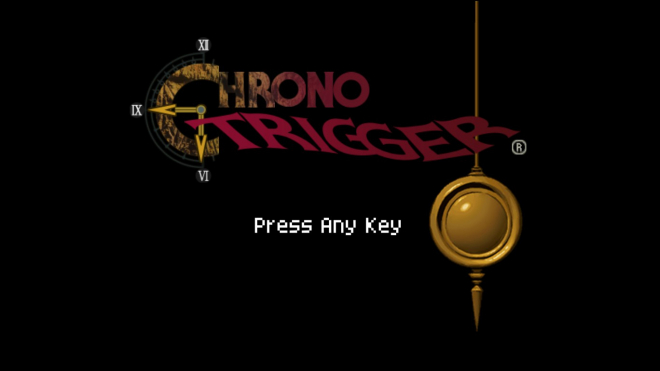 This game literally takes me back to my childhood. It came out in May of 1995 originally and I can remember having to wait until my grandmother had finished playing it before I was allowed to get my hands on it. Over the years since its original release, the game has been re-released on numerous platforms, the PlayStation (PSX) adding in several FMV cutscenes throughout to bring the game forward in a new and exciting way. Some of the scenes can be unlocked during gameplay; however, as part of the extras section of the game (which unlocks upon beating the final boss at least once), you will be able to watch the available FMV scenes, check out illustrations, listen to the soundtrack, and keep track of the endings log. Chrono Trigger from the top down is a story-driven RPG. Every action in one time period has a reaction in another as you travel back and forth through time with your party to try and stop the ultimate desolation caused by the global catastrophe known as Lavos. 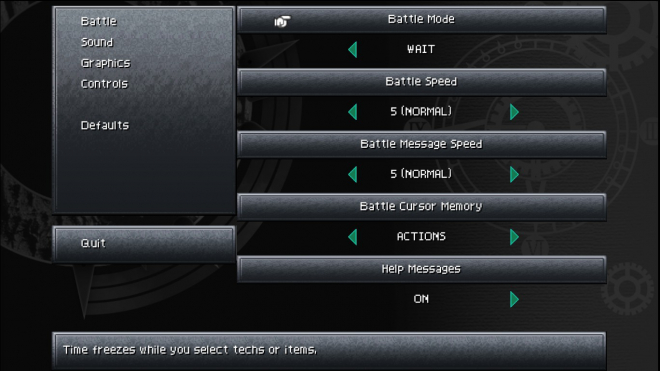 Throughout the game, you travel back and forth along the time stream to advance the story. The first major way to travel is by using Time Gates that you accidentally discover at the beginning of the game thanks to the character Marle's pendant. Later in the game, you will rebuild a time ship which will then be moved to the End of Time level. Using the Gates as well as the Epoch, the player is able to move from Present Day 1000 A.D. to the eras of the Past (600 A.D, 1200 B.C., and 65,500,000 B.C.) all the way to the Future of 2300 A.D. and the End of Time itself. 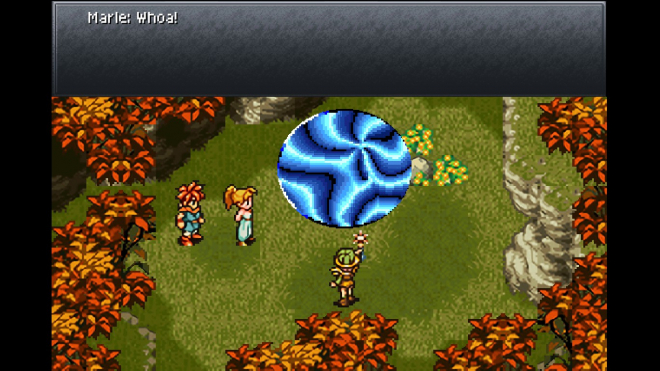 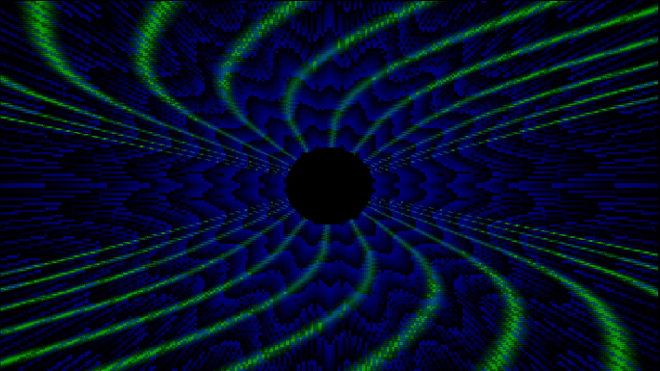 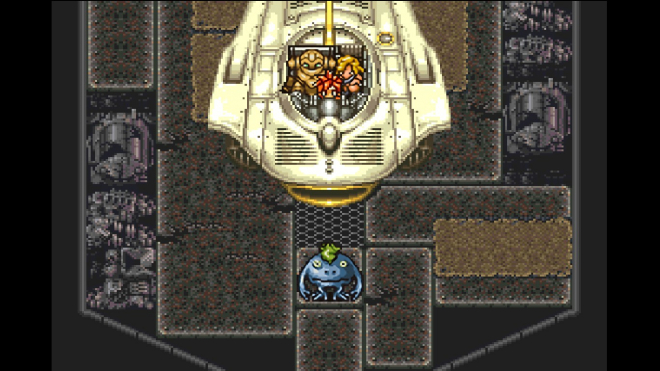 As you follow Crono and his party through the eras, you will meet new people who will help you move the main story along and eventually offer you the few side quests the game has. The side quests lead to the numerous endings that are available; however, the player will not know which one they've unlocked until they obviously beat the game. Along the way, you will also gain new allies that will join Cronos' party one of each from the different eras you visit. 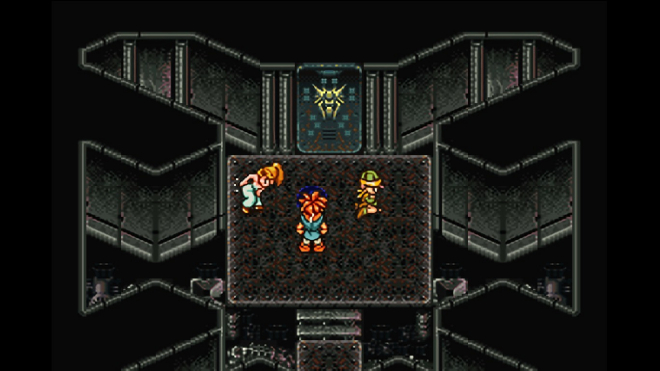 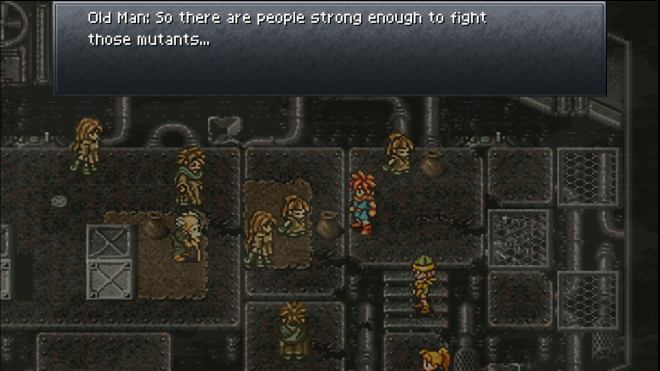 Chrono Trigger does have a few minigames. Most of them are located at the Millennial Fair Grounds in Truce 1000 A.D. where you'll be collecting silver tokens towards one of the other minigames. This leads you closer to a prize that will help you at a later point in the game. There is one more minigame in 2300 A.D. in one section where you race a man known as Johnny on a Jetbike. 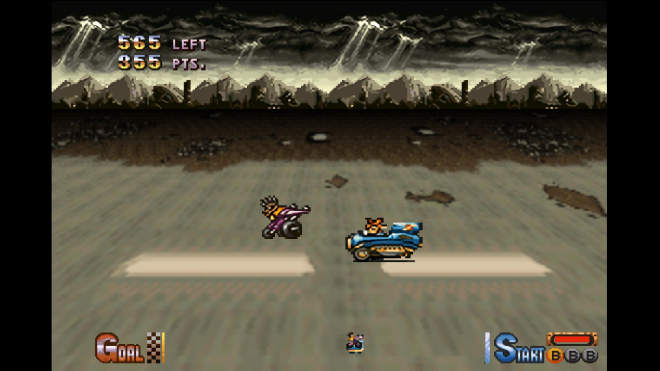 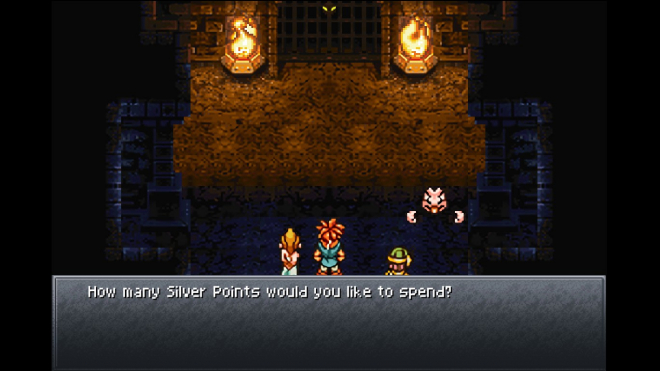 All-in-all, the game is still as great as I remember it from when it first came out. There are some changes in the game script and places/items have been renamed. But it's still the game I grew to love time and time again!

Improved since the old SNES days, but still holds that classic 32 bit look.

Overall, the controls really haven't changed in the twenty-two years that the game has been out. But I didn't seem to notice a little lag from time to time whenever I tried to input commands going in/out of battles. Not too terrible, just annoying if you don't want to read through every bit of post battle information concerning EXP, TP, Gold, etc.

This is by far one of my favorite video game soundtracks. It's a great orchestral arrangement that continues to stand the test of time!

There are 13 different endings all dependent upon player actions throughout the playthrough. This game is one of the first to use a feature known as New Game+ allowing players to carry over stats from their first completed game save into a new game. The only thing that will not carry over is your gold.