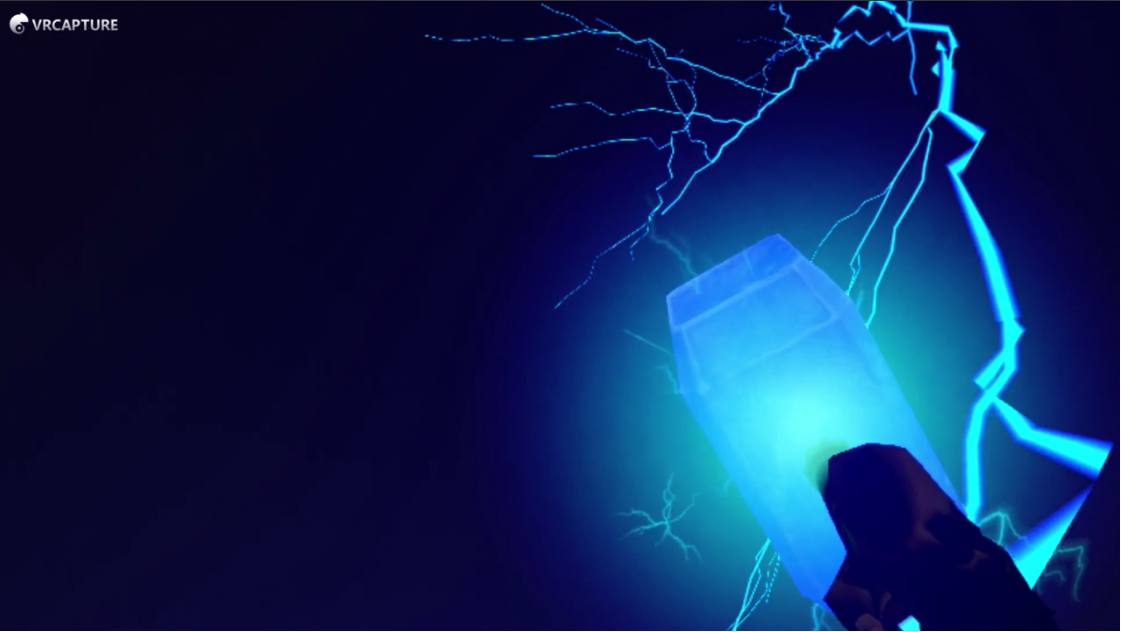 Did you ever want to be a giant robot and smash a city full of tiny robots into bits?  Of course, we all did!  And now you kinda can.  VRobot: VR Giant Robot Destruction Simulator puts you in control of a giant robot and drops you in a city to smash!  And that's it!  You just smash as much as you can as fast as you can.  Punch buildings to bits, rip them from their foundations and smash them into each other or hurl them into the sea.  And there are weapons, like a tractor beam gun and.. a giant Mjolnir?!?  It's simple, and not finished (still Early Access on Steam), but a lot of fun, in small doses. 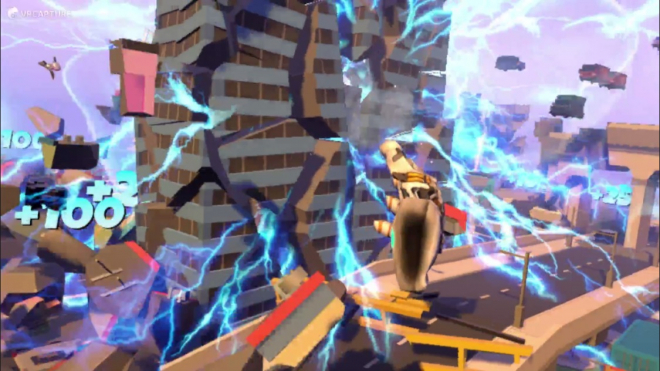 Why is a giant robot smashing a city of tiny robots?  Because it is programmed to?  We may never know.  There aren't really any characters or a plot, just a bunch of cities to smash and a few different weapons to do it with.  The cities vary in design but not so much that you'd really notice while you're teleporting around smashing stuff.  There are many identical buildings and the graphics are pretty basic to begin with.  Objects in the environment are very boxy and mostly use flat colors instead of textures.  Not much to look at, but still fun to smash.  The buildings take damage proportional to how much and how hard you hit them.  I can't really say they take "realistic" damage, because they basically just break apart into random chunks. You can pick up the chunks and throw them around, or bat them with one of your weapons.  The environments are mostly destructible, but not yet fully destructible.  There are trees and telephone polls and overpasses that you should be able to grab up or smash but just can't.  Hopefully the environments will be fully destructible before the game leaves Early Access.  As you play the game you progress through a map unlocking different cities that you can destroy.  Pick a city, smash it, and progress to the next one.  Once a city is unlocked you can come back to it and smash it again whenever you want.  The cities themselves aren't actually very interesting.  The most memorable thing about any of them is the weapon you use to destroy them.  Instead of unlocking weapons as you progress and then being able to use them as you see fit, you are forced to use certain weapons at certain cities.  The game is still is still being developed so hopefully later they will make the cities more interesting and allow you to use your complete arsenal of weapons to destroy each of them.  For now if you want to play with a certain weapon, you'll need to go to one of the cities where that weapon is used. 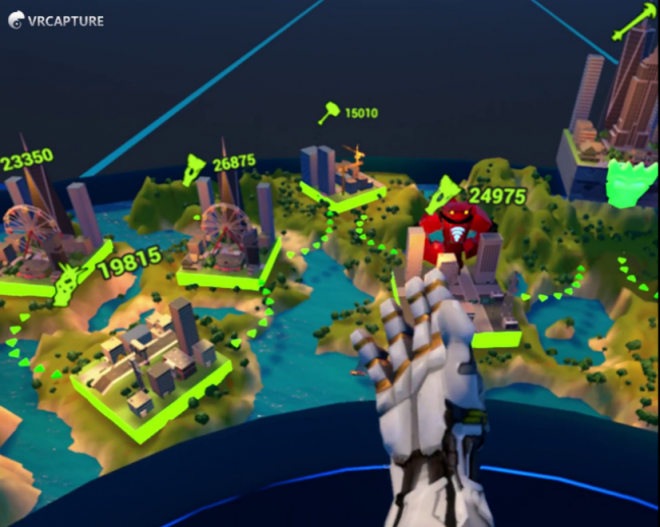 Your most basic weapons are your bare robot hands.  Use them to punch, grab, throw, and SMASH buildings.  It's fun just being able to do that, but the game would get old quick if there were not other weapons.  All the other weapons replace your right hand, so you still can grab and smash things the old fashioned way with your left.  The first weapon you'll get is the tractor beam.  Pull objects toward you, yank them around and smash them into each other, or pull them toward you and then shoot them into the distance.  It's almost like having telekinesis.  The next weapon is the tornado gun which basically creates and manipulates tornadoes that tear through the city ripping apart buildings and sucking the debris into their swirling vortexes.  It's kind of hard to control, but that should probably be expected when dealing with tornadoes.  Next up is my personal favorite.  I think they call it "Magic Hammer", but it's obviously a giant robot replica of Thor's hammer, Mjolnir.  Raise it aloft to charge it with lightning and then throw it through as many buildings as you can.  Nothing will stop Mjolnir from returning to your hand, so you can move around and take out more buildings as the hammer is returning to you.  This is probably the most fun part of the game right now, and I find when I come back for some mindless city smashing I always go straight for Thor's hammer.  Finally we have the "transformer" sword.  It's modeled after a Transformers sword...  You press a button and the blade extends.  Meh.  It doesn't really do anything other than "transform", so it's kind of a step down from Thor's hammer.  It might actually be the least interesting weapon in the game.  You can use it to smash stuff. 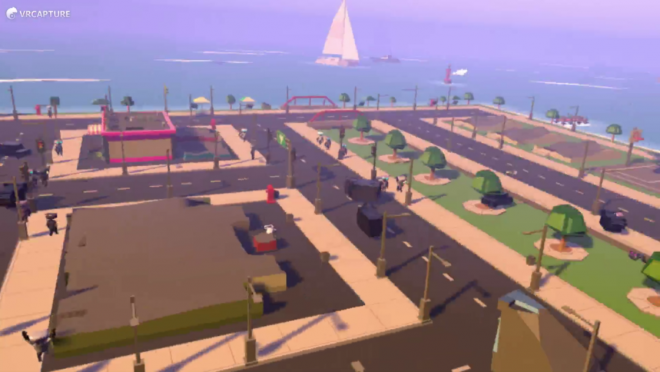 That's about all there is to it so far.  There's not really any plot or characters.  In most cities there is nothing opposing you at all.  In a couple of them there is a enemy robot but all it does is fly around and grab buildings out of your hands and put them back into place if you try to pick them up.  You can knock it out temporarily but can't destroy it, and it doesn't attack you.  It's just irritating.  The game would be helped by a plot and some opposing forces, as well as more variation in the cities.  There are still unfinished cities on the map, but I haven't even played through all of the cities they have now.  Once you've tried all the weapons there really isn't any compelling reason to advance.  It's a fun little sim to mess around with, and it fills a need (the need to pretend to be a giant robot and smash a city to bits), but it is unfinished and there is a lot of room for improvement.  I'll be interested to check it out the finished product.

Not irritatingly bad, but very basic.

Pretty decent controls. For the most part the hands and weapons work fairly intuitively. The aim when throwing Thor's hammer could be improved. It tends to want to go where the top of the hammer is pointing, so I often end up sending it straight up into the sky. :/

Should be a 0, because there is zero plot.

You get to be a giant robot and smash a city to tiny bits! With Mjolnir!!